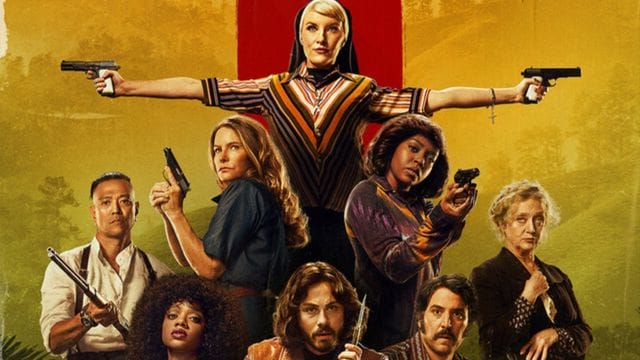 In a new teaser for the second and last season of Hunters, the show goes abroad. The one-minute preview of the next season of the show shows that Al Pacino’s character, Meyer Offerman, and his former hunting partners will be back.

At the beginning of the teaser, Dylan Baker’s Biff Simpson says to Logan Lerman’s Jonah Heidelbaum, “Let me live, and I’ll bring you the best prize you can think of: Adolf Hitler.”

Lerman tells Jerrika Hinton’s Millie Morris, “One more run and everything we’ve done would have been worth it.” She replies, “We can’t do it alone, so where are your friends?”

In the minute-long look at the last season, the group of assassins who hunted Nazis gets back together because “evil doesn’t retire, so why should we? “The teaser also gives us our first look at Udo Kier as the Nazi leader, who, as viewers learned at the end of the first season, was hiding with his children in Argentina.

The Colonel, played by Lena Olin, tells Kier’s Hitler, “They will do everything they can to find us, but you will win.” “We can start at last.”

Prime Video says that the season takes place after an accident messes up the Hunters’ plans in Europe and they have to get back together to find Adolf Hitler, who is hiding in South America.

It will also go back in time to show Pacino’s character Meyer Offerman facing “a dangerous threat that could reveal his secret and true identity, which would have explosive effects on our Hunters.”

Amazon says that a six-part podcast called Chutzpah: Hunters Presents True Stories of Resistance, which will go along with the show, will tell true stories of heroism, resistance, and sacrifice during the Holocaust. The podcast’s first three episodes will come out on December 13, and the last three will come out on January 3.

Hunters come out on January 13 on Prime Video.

Romantic Comedy Film Something From Tiffany’s Release Date is Confirmed!