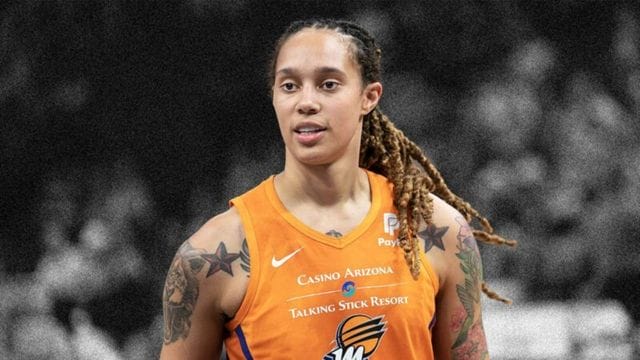 WNBA player Brittney Griner threatened not to take the court during the national anthem for the entire season in July 2020, amid the George Floyd protests sweeping the country.

With the much-anticipated announcement that the Biden administration has obtained her release from a Russian prison in exchange for notorious arms dealer Viktor Bout, it is legitimate to wonder if Griner will pledge to never longer oppose the country that gained her freedom.

Despite some on the left’s insistence that America is systemically racist and homophobic, the entire country rallied behind the Black and lesbian basketball legend, everyone was rooting for her and her family, and for nearly a year, pressure from all corners of society was applied to get her out of Russia.

Griner’s ludicrous nine-year sentence for possessing a few canisters of cannabis oil appeared to be an obvious attempt by Russian President Vladimir Putin to gain influence, and it appears to have worked. In exchange for her, the United States returned to Russia one of the world’s most lethal arms dealers, who was serving a 25-year sentence for crimes including the targeting of American civilians.

While some Republicans argue that Biden should have gotten more out of the deal, specifically the release of former Marine Paul Whelan, we can all agree that the United States paid a real price for Griner’s release, not only by reintroducing Bout into the killing game but also by sending a message to other foreign dictators that abducting American citizens can be a powerful bargaining chip. That is a very serious risk.

But Griner is an American, one of our own, and as a country, we concluded that whatever the consequences of releasing Bout, her freedom came first.

Speaking of freedom, one of our most important liberties is the right to protest. Griner, like every other American, has the right and obligation to speak out when they witness injustice, such as abuses of police power against Blacks or anybody else.

Griner, on the other hand, depicted the entire country as the cause of these atrocities by making the national anthem the symbol of that protest. The same America that is now sacrificing in order for her to return home.

Griner wrote to President Biden this summer, saying, “On the Fourth of July, our family normally honors the service of those who have fought for our freedom, including my father, who was a Vietnam War veteran. It hurts thinking about how I usually celebrate this day because freedom means something completely different to me this year.”

Indeed. Brittney Griner is not being asked to repay her country for the bargain that brought her suffering to an end.

That’s just what America does for Americans. But, in the future, when she chooses to fight social injustice, she can remember that the United States is more than just a location where injustice exists; what country doesn’t? But it’s also true that America has gone to tremendous lengths to save her life.

Brittney Griner, welcome home; America adores you. Standing for “The Star Spangled Banner” would be a wonderful way to show her how much you care.