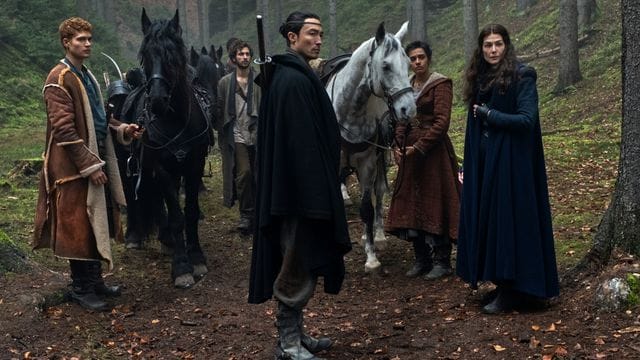 The first season of The Wheel of Time was an instant hit, quickly outperforming all other Prime Video originals in terms of viewing although Reacher has since eclipsed it. The second season was shot from May to October 2022, and a trailer has already been released.

Finally, a trailer for Season 2 of the program has been released. I hope we get more information sooner rather than later including the long-awaited release date.

Overview Of The Wheel Of Time

As of the most current update, no premiere date for The Wheel of Time Season 2 had been announced. Since the series debuted on December 3 at Brazil’s CCXP 2022, fans have been waiting for a release date confirmation.

The true Trailer Gai’don is still a Ways away, but here is a sneak peek at season 2 to hold you over in the meantime. #TheWheelOfTime #WoTNYCC pic.twitter.com/47e09JDkub

However, no news on when we would be able to rejoin the gang on the road again. Now that The Rings of Power’s first season has completed, there is surely room on Prime Video for another epic fantasy series.

Season 2 of The Wheel of Time wrapped in May 2022, thus a premiere date in the early to mid-2023 range is a plausible assumption. When we have more official information to give, we will update this article. Consult our reading order for The Wheel of Time before digging into Robert Jordan’s writings in the meantime while you wait for the show to return.

The Wheel Of Time Season 2 Cast

According to speculations, The Wheel of Time Season 2 will have a couple of confirmed new actors and characters. Ceara Coveney has been cast as Elayne Trakand, a powerful Aes Sedai who will play a big part in Season 2 of The Wheel of Time, according to the official Twitter account.

Must Read: When Will Acapulco Season 3 Be Released on Apple TV+?

Guy Roberts will play Uno Nomesta in Season 2, Arnas Fedaravicius will play Masema, and Gregg Chillingirian will play Ingtar Shinowa. Gary Beadle will also appear as Elyas, a wolfbrother who is also a Warder. Other casting rumors had Marie-France Alvares as Celestin.

Meanwhile, more actors have apparently been cast in The Wheel of Time Season 2, although their roles have not yet been revealed. Natasha J. Murley, Melissa James from Coronation Street, Jessica Boone from Das Boot, and Kenneth Moore from Carnival Row are among these actors. Laura Crowhurst (The Last Bus), Will Tudor (Game of Thrones), and Haruka Kuroda (Killing Eve) will all play important parts. 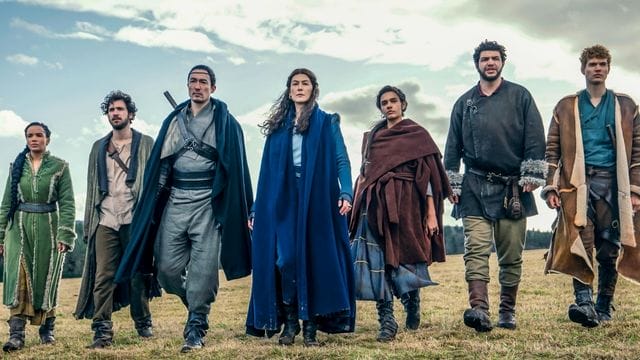 According to the most recent announcement for the series, Ayoola Smart from Killing Eve will play Aviendha, popularly known as the Wise One. Other new cast members include Ceara Coveney from The Amazing World of Emma, Meera Syal from Broadchurch, and Natasha O’Keeffe from Peaky Blinders, in addition to Smart.

Katie Leung, who will play Yassica Cellaech, will also join the cast in April 2022. Leung is most recognized for her portrayal of Cho Chang in the Harry Potter films. Another casting rumor is that Disney veteran actor Hayley Mills will join The Wheel of Time, with no word on who she would play.

The Wheel Of Time Season 2 Plot

The first episode is titled “A Taste of Solitude,” according to a tweet from The Wheels of Time’s official Twitter account. This is the title of a chapter in the series’ sixth volume. 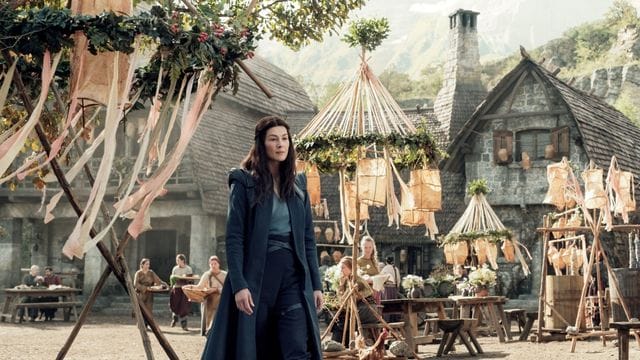 Rafe Judkins revealed on the Empire Spoiler Special Film Podcast that Season 2 will include storylines from Books Two, “The Great Hunt,” and Three, “The Dragon Reborn.”

Must Read: Mickey 17, The Science-Fiction Movie Starring Robert Pattinson, Gets a Trailer and a Release Date

These will not directly follow the books but will be braided to better fit the TV format. The first season’s eight-episode structure will be duplicated in this one. Moiraine and Lan have had to bulk out their appearances in comparison to the books because they only appear in one chapter of book two. This would be an insult to Rosamund Pike’s and Daniel Henney’s abilities and beauty.

Where To Watch The Wheel of Time Season 2?

The Wheel of Time, like the first season, is only accessible on the streaming service Prime Video. If you do not already have an Amazon Prime account, you can sign up for one.

The Wheel Of Time Season 2 Trailer

A quick overview of Season 1 and a sneak peek of Season 2 of The Wheel of Time were released at New York Comic Con. The teaser, which is narrated by a terrified Moiraine, suggests that our main characters will be in serious trouble shortly. Clearly, additional challenges await in the fight against the Dark One…

The Wheel of Time’s first season was an instant hit, exceeding all other Prime Video originals. A trailer for the second season, which was shot from May to October 2022, has already been released. A launch date in early to mid-2023 is a reasonable prediction.

Aviendha will be played by Ayoola Smart from Killing Eve. “A Taste of Solitude” is the title of the first episode. Storylines from Books Two, “The Great Hunt,” and Three will be included in Season 2. The Wheel of Time Season 2 trailer has yet to be released. In October 2021, it was accessible on Amazon Prime Video.

Romantic Comedy Film Something From Tiffany’s Release Date is Confirmed!