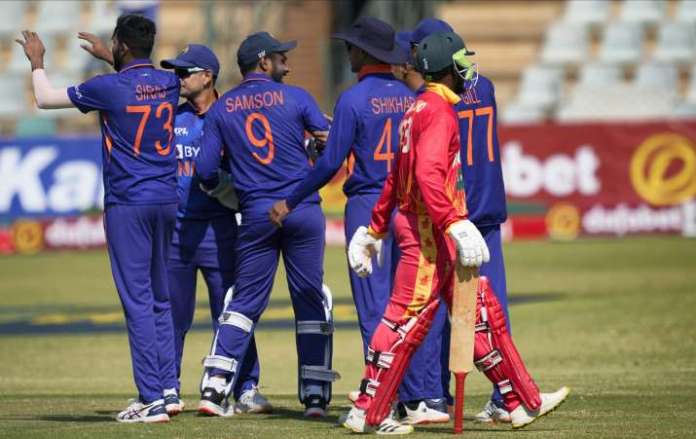 The final match of the three ODI series between India and Zimbabwe is being played at Harare Sports Club. Indian captain KL Rahul won the toss and elected to bat and India set Zimbabwe a target of 290 runs to win. Team India scored 289 runs for 8 wickets.

In reply, Zimbabwe scored 122 runs for the loss of 5 wickets.

India suffered another blow in the form of vice-captain Shikhar Dhawan, who scored 40 off 68 balls before being caught out by Shaun Williams off Brad Evans. After that, Shubman Gill and Ishan Kishan put on a 140-run century partnership for the third wicket.

Ishan Kishan was run out with a half century.

After his dismissal, Shubman Gill completed his maiden ODI century with 12 fours off 82 balls. India scored 289 for 8 in 50 overs. Shubman Gill scored a century of 130 runs.

Gill hit 15 fours and 1 six off 97 balls. This is the highest score by an Indian batsman in Zimbabwe. Brad Evans took 5 wickets with 54 runs in 10 overs for Zimbabwe.

This actor seen in the film ‘Oh My God’ can now be the next ‘Tarak Mehta’!