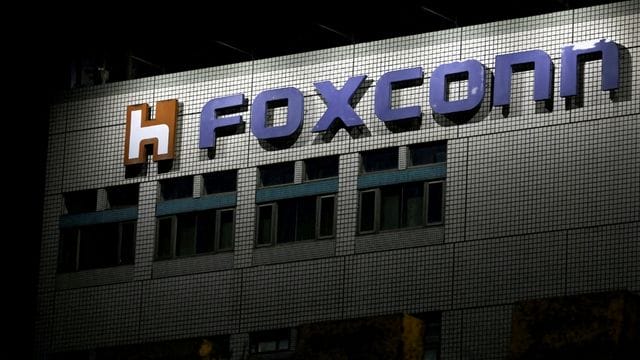 Reuters reports that this week’s unrest in China will make it harder for the world’s largest Apple iPhone factory to ship as many phones in November.

Foxconn’s main iPhone plant in China has been struggling with strict Covid-19 rules that have made workers unhappy and slowed down production before the holidays of Christmas and the Lunar New Year in January. A number of employees from the factory have either been placed in quarantine or have abandoned their posts and fled the building.

According to Reuters, which cited unnamed sources, it is unlikely that the Foxconn factory, which produces only luxury iPhone models such as the iPhone 14 Pro, will restart full production by the end of this month.

According to Victoria Scholar, head of investment at Interactive Investor, who was interviewed by the agency, “the worker unrest at Foxconn’s plant in China could weigh on Apple’s November iPhone shipments.”

This week, a commotion was witnessed at Foxconn’s iPhone manufacturing facility. Men damaged surveillance cameras and wrestled with security forces as hundreds of workers protested at the world’s largest iPhone facility in Zhengzhou city on Wednesday, in rare scenes of open dissent in China driven by claims of unpaid wages and frustration with severe Covid restrictions.

Following Wednesday’s escalation, Foxconn may now lose more than 30% of its November production, up from an internal estimate of up to 30% when the labor troubles arose in late October.

Foxconn said Thursday that it was sorry for a “technical error” that happened when it hired new workers and offered $1,400 to protesting new hires who agreed to quit and leave. The source said that more than 20,000 workers took the money and left. Most of them were new hires who were not yet working on production lines.

A little over 200,000 people were working at the factory before it started having problems. In its huge property that spans around 1.4 million square meters (15 million square feet), it provides dorms, restaurants, basketball courts, and a football field.

Reuters was told by a second person close to Foxconn that some newly hired workers had departed the campus, but the source did not elaborate on how many workers had left. In late morning trade on Friday, shares of Apple were trading 1.9% lower, while the benchmark Nasdaq index was trading 0.3% lower.

Some experts told the news agency Reuters how the recent unrest in Zhengzhou, China, would affect shipments. Christine Wang, an analyst at KGI Securities, said that if the current problem lasts until December, around 10 million iPhones won’t be made. This means that 12% fewer iPhones will be shipped in the last quarter of 2022.

Wedbush Securities says that many Apple stores have between 25% and 30% fewer iPhone 14 Pros than usual as the holiday shopping season approaches.

Experts Say There Are Two Foods You Should Never Buy at the Grocery Store! Find the Reason Here!