The latest 650 Bobber motorcycle from Royal Enfield has been recently spotted with dual-tone alloy wheels. Along with the shotgun, the company is working on two more 650cc motorcycles, the Super Meteor 650 and the Classic 650. The Bobber motorcycle concept was first showcased at EICMA and recently the motorcycle has been spied abroad for testing, which appears to be a pre-production model. The new Royal Enfield Shotgun 650 is expected to be launched this year. The bike is powered by a 648 cc parallel-twin engine that produces 47.6 PS of power and 52 Nm of peak torque. 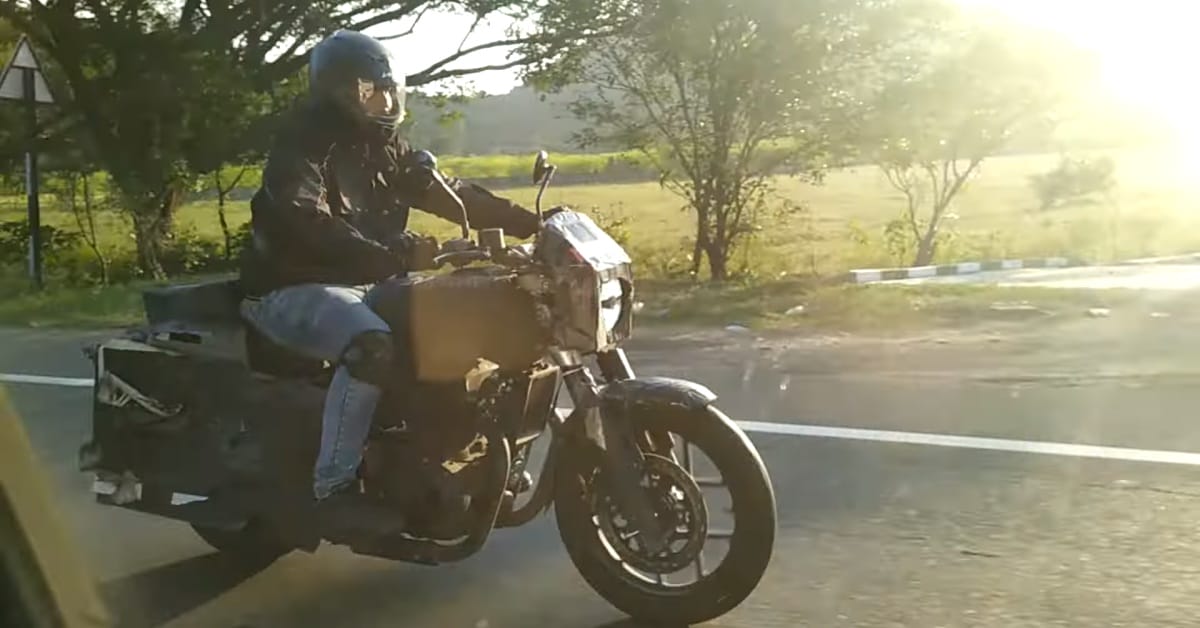 bobber style bike
The Royal Enfield 650 Bobber motorcycle features a teardrop fuel tank, round headlights and taillight setup with wide fenders at the front and rear. This retro style motorcycle is built on the company’s signature design language. The bike has been given a split seat in two parts. The lower handlebar along with the shotgun is fitted with leg pegs in the middle which make for a bobber style look. Its instrument cluster is similar to that of the Meteor 350 and the dual exhaust pipe setup here is similar to the one shown in the concept.

Estimated cost is Rs 3 lakh
The Royal Enfield Shotgun 650 gets USD forks and dual shock absorbers at the rear. The recently tested model features two-tone alloy wheels and the new motorcycle appears to be one of the most interesting bikes in Royal Enfield’s portfolio. The motorcycle will be launched after the Super Meteor 650, which is expected to be launched in India by the end of this year or early 2023. Let us tell you that this new motorcycle is estimated to be launched in the market at a price of Rs 3 lakh.