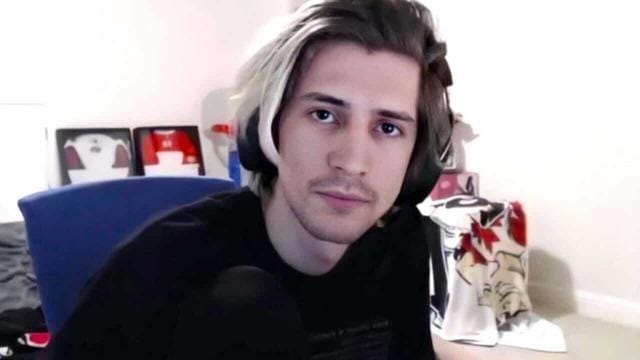 Twitch streamers xQc and NYYXXII confirmed their relationship by kissing while broadcasting live on the platform – how cute! When it comes to his dating life, Canadian Twitch star xQc, aka Félix Lengyel, has always kept a low profile.

That isn’t to say he never shares his personal life with his viewers; after all, everyone knew he was in an on-again, off-again relationship with fellow streamer Adept before they called it quits for good in September.

In fact, the former couple had a rather public breakup, with xQc claiming he was forced to choose between Adept and his brother because there was tension in his house when they were all living together.

The streamer shared a lot with his followers, and his videos were not well received by his ex-girlfriend at the time, who chastised him for denying her privacy.

This entire situation, however, was quickly forgotten due to the massive drama that soon erupted on Twitch, which began with the company’s gambling ban on streaming chance-based games like slots.

xQc also appears to have moved on from the drama surrounding his previous relationship with Adept, as he hasn’t spoken about it in a long time, prior to confirming his new relationship.

Even before the announcement, there was speculation that xQc and fellow streamer NYYXXII were more than friends, despite the fact that the pair hasn’t made many public appearances. They were first seen interacting on a dating show podcast with fellow creators Adin Ross and Kai Cenat.

NYYXXII, or simply Kayla, is a Twitch streamer from the United Kingdom with over 300,000 followers. She primarily streams in the Just Chatting category.

When Kayla joined xQc’s stream, the two shared a kiss, prompting fans to joke that he ‘kissed a mirror,’ given that they both have bleached, blonde hair at the moment.

After Kayla left the room, xQc joked that he’s on a ‘grindset’ and quoted one of rapper Future’s songs that says ‘don’t chase a b****,’ though he kept looking back to make sure she wasn’t hearing him.

For the time being, Adept and xQc appear to be on good terms, as they recently streamed together, leading fans to believe they may have rekindled their romance.

xQc was quick to dispel those rumors, but given the pair’s history, their fans weren’t immediately convinced – even though he hadn’t revealed he’s actually with NYYXXII at the time.

So, it appears that Twitch could be used as a dating platform after all, despite the fact that many people mock it for the same reason.