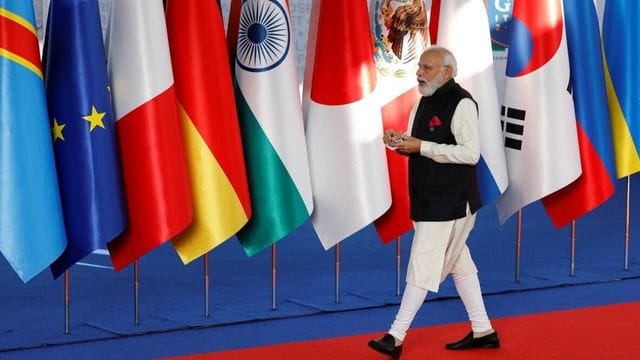 The annual G20 Summit began here on Tuesday, with world leaders due to debate difficulties prompted by the Covid-19 pandemic and, more recently, Russia’s aggression in Ukraine during the next two days.

“The Summit will witness extensive deliberations on ways to overcome important global challenges. It will also focus on ways to further sustainable development across our planet, “The Prime Minister’s Office sent a tweet.

He stated that all leaders bear a responsibility to the people of the planet. He defined responsibility as “consistently adhering to the UN Charter.”

PM @narendramodi and @POTUS @JoeBiden interact during the @g20org Summit in Bali. pic.twitter.com/g5VNggwoXd

In the English portion of his brief introductory remarks, he remarked, “Being responsible means we must end the conflict.”

He did not mention Russia or Ukraine in English, but a portion of his speech to the Group of 20 leaders was delivered in Bahasa Indonesia.

It will be difficult to move on unless the war is ended, he added, adding that the world must avoid a new Cold War.

Over the next two days, leaders from the world’s leading economies will meet to examine the problems posed by the Covid epidemic, which has recently been topped by Russia’s war in Ukraine.

Following the conference in Indonesia, India will assume the Group of 20 chairmanships for a year.

Indonesia chose the theme ‘Recover Together, Recover Stronger’ when it took over last year. However, the Russia-Ukraine conflict, which began in February, is already threatening food and fuel shortages. Three working sessions will be held for the leaders to discuss food and energy security, digital transformations, and health. Modi is slated to attend all three.

The list released by Delhi thus far does not include Chinese President Xi Jinping, with whom Modi has not met in person since the Galwan Valley conflict between forces from both sides in 2020.

A day before the summit, US President Biden and his Chinese counterpart Xi met for three and a half hours in Bali, striking a conciliatory tone amid tensions over self-ruled Taiwan.

They account for more than 80% of the global GDP, 75% of international trade, and two-thirds of the world’s population.