Will Priyanka Chahar Choudhary and Ankit Gupta Get Back Together in the Near Future? Latest Updates!! 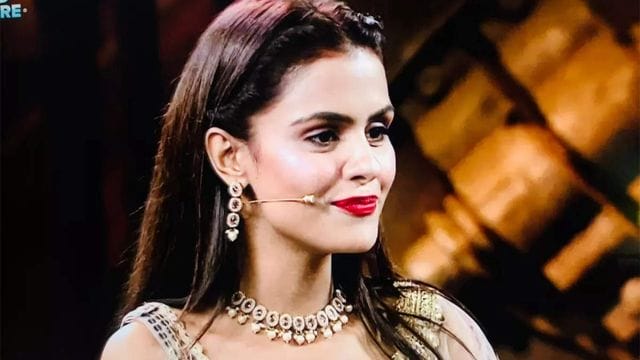 The elimination of Ankit Gupta was a letdown for thousands of viewers, and now, in an intriguing twist of events, it appears that he may return to the show.

Since the beginning of the controversial reality show “Bigg Boss 16,” which took place in October, the candidates have not had the opportunity to visit with their families or other loved ones. The arrival of the New Year, on the other hand, brings with it the possibility that roommates may finally get to catch up with members of their families after an extended absence.

A number of viewers were dissatisfied when Ankit Gupta was eliminated from the competition a week ago; as a result, the show may invite him to appear as a guest in the future.

The rumor on social media is that Shiv Thakare’s mother or his sister Manisha may come to the residence to meet him. There are rumblings that Ankit Gupta will return to the Big Brother house so that he can talk to Priyanka Choudhary once more. During the family week, you will most likely run into either him or her brother Yogesh.

During the episode that focuses on families, Sumbul’s biological father will make another appearance on the show. There will be some time set aside for Shalin Bhanot to spend with his mother. Tapan Datta, Tina Datta’s father, is going to come inside the house shortly.

The episode of “Bigg Boss 16” will feature Abdu Rozik’s father paying an unexpected visit to his son when he is a contestant on the show. However, it is unclear who would replace Archana Gautam and Sajid Khan if they were to leave their positions.

Ankit Gupta was one of the contestants who was nominated for eviction, but he was ultimately kicked out of the house because his fellow housemates felt that he contributed the least to the show overall. Numerous individuals voiced their disapproval of the decision and pleaded with the producers of the show to reinstate the actor.

Fans of Ankit Gupta are devastated by the news of his elimination from Bigg Boss 16. The Udaariyaan actor, on the other hand, is ecstatic about learning how much his fans adore him. Since Ankit left the house, his admirers have started trending on Twitter with phrases like “Bring Back Ankit In BB 16,” “No Ankit No Bigg Boss,” and many others.

Ankit recently spoke with Times Now Digital in an exclusive interview, during which he discussed the game created by his close friend Priyanka Chahar Choudhary.

Is the New Captain of the Big Boss House Shiv Thakare? Check Now!