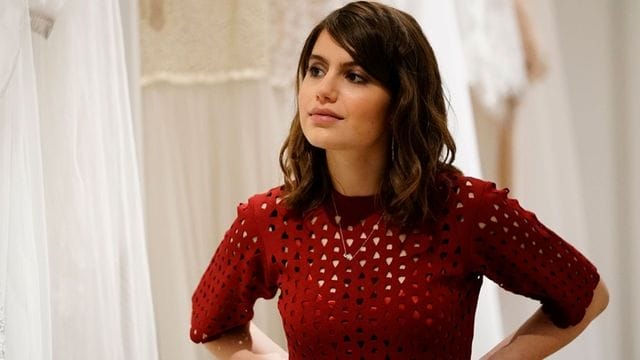 Blue Bloods is the only show that values family more than the Fast and Furious franchise. The long-running CBS procedural police drama follows the Reagan family, whose adult members work in various branches of law enforcement in New York City, in their efforts to combat crime.

Aside from the standard beats of crime-solving and detective drama, almost every episode of the series includes a family dinner at which the Reagans and their respective families sit down to eat together.

In the show, the Reagan family dinner is a time-honored tradition in which the family is almost required to meet for dinner every week, barring personal emergencies or illness. This meal is attended by both adults and children.

Nancy Reagan-Boyle is also included (Sami Gayle). While she has been absent in recent years, could she make a comeback in Season 13? According to the showrunner, it is not impossible.

Will Nancy Return for Season 13 of ‘Blue Bloods’?

Nancy is one of the few children who has attended the Reagan family dinners on a regular basis since the show’s inception. Erin Reagan, an assistant district attorney, is her mother (Bridget Moynahan). Initially, she wishes to follow in her family’s footsteps and become a police officer.

As a result, she is frequently unafraid to question her family about all aspects of law enforcement, including the more violent aspects. Throughout the course of the series, she graduates from college and pursues a career in technology.

She eventually accepts a job in San Francisco, which takes her away from her usual seat at the dinner table. She appears in only one episode of Season 11 and hasn’t been seen since.

Is it possible that Nicky will return in some capacity as the show continues in Season 13? According to reports, it’s not completely out of the question.

Blue Bloods showrunner Kevin Wade recently told TV Line that her return is something worth considering. Wade told TV Line, “Hopefully, she’ll swing by.” “Occasionally, characters die. Nicky went off to college, then to San Francisco, and I realized, ‘We don’t have the real estate to tell Nicky stories.'”

He finished on a positive note, saying, “Once it had grown long enough, it was almost as if they were thinking, ‘Well, we should bring her back for at least a family dinner, if not to meet Joe Hill.’ We were going to do that last season, but I don’t think her schedule coincided with ours.”

As of this writing, there has been no official word on whether she will return for Season 13. At the very least, there appears to be a concerted effort on the part of the show to bring Nicky back in some capacity.

In real life, after graduating from Columbia University and moving on to other projects, actress Sami Gayle has been missing from the Blue Bloods set.