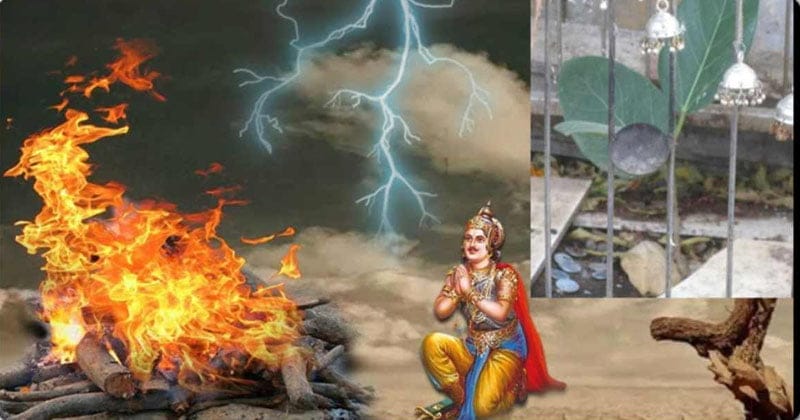 Danveer Karna was the eldest son of Kunti, the mother of Pandavas. We must have heard a lot about the biography of Karna. But have you ever heard of his death? When the war of Mahabharata was going on and the battle between Arjuna and Karna was going on, the wheel of Karna’s chariot got stuck in the ground. Then Karna, referring to the rules made by Bhishma Pitamah, said to Arjuna, “O Arjuna, you will not attack me until I take off the wheel of the chariot.”

Hearing this, Arjuna stopped. Then Lord Krishna said, O Arjuna, why did you stop? The arrow was fired when Arjuna said that he was against war. Lord Krishna then reminded that Abhimanyu was fighting against a lone warrior. Didn’t know the rules of war then. When Dwapadi abused the whole assembly, the rules were not violated.

Hearing these words, Arjuna became furious and threw the Pashushastra weapon given by Lord Shivaji at Karna. With this arrow of Arjuna, Karna came near death. While Karna was waiting for his death, Lord Krishna thought of taking Karna’s test. Lord Krishna took the form of a Brahmin and said, O Karna, my daughter is getting married and I have no gold to give to her, so give me gold.

Then Karna said that I have nothing. What can I donate to you? Then the brahmin said that you have gold teeth. Donate it. Karna said hit me with a stone and grind my teeth. The Brahmin refused to do so and said that the charity should be done himself.

After this, Karna picked up the stone lying next to him and broke his teeth from it and gave it to the Brahmin. On this the brahmin said that this is a golden world. brush your teeth. On this, Karna shot an arrow at the earth with his bow, only then a strong stream of Ganges came out from there, after washing his teeth, Karna said that now he has become pure. After this Karna realized that this is no ordinary Brahmin. He is divine. So that you show him your true form.

Lord Krishna appeared in his real form. Then Shri Krishna said to Karna, “Your arrow Ganga will continue to praise you for ages.” Shri Krishnaji blessed the injured Karna by saying, “As long as the Sun, the Moon, the stars and the Earth exist, the three stars will appreciate this feat. done in the field. There has never been and never will be a great philanthropist like you in the world.

Shri Krishna told Karna that he could ask for any blessings from him. Karna told Krishna that he had been deceived because he was the son of poor cotton. The next time Krishnaji comes on earth, he should try to improve the lives of the backward classes. From this Karna asked for two more boons. As a second boon, Karna said that Krishnaji should be born in his kingdom in the next life and in the third boon he asked Shri Krishna to perform his last rites on virgin land.

During investigation, only Tapi river was found in Surat, river Kuvari also known as river Kwanari Mata, Karna’s last rites were performed on the banks of this river and there is a temple here even today. Diagonal. The Chardham Temple of Surat, the three-leafed banyan tree is evidence of Karna’s funeral rites.

After Karna’s cremation on the banks of the Tapi river, when the Pandavas expressed their doubts about the virgin land, Lord Krishna appeared to Karna and told him by air that he was the son of Surya and that Ashwini and Kumar were his There were brothers. Taapsee is his sister. Their fire was kindled on the virgin land. Pandavas said that if we know then how will we know the coming ages? Then Lord Krishna said that there would be a tree with three leaves which would symbolize Brahma, Vishnu and Mahesh.

It is believed that if one prays here with true faith, his mental work gets completed. Thus this tree is still standing on the banks of Tapi river in Surat and there is a three-leafed tree near it. Which is known as three leaf clover in Surat.