Who Makes Shalin Bhanot Angry? What Did Archana Gautam Say About Her Ex-husband? 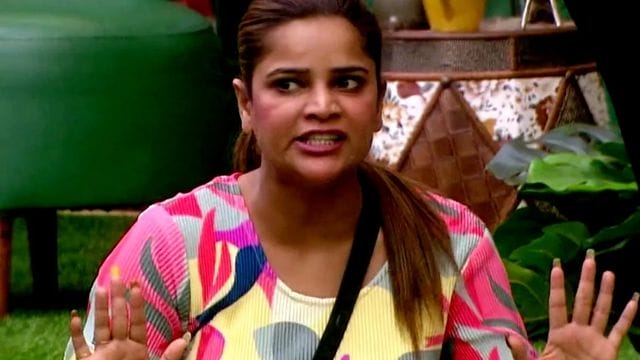 In the last episode of Bigg Boss 16, Archana Gautam, Priyanka Chahar Choudhary, Vikkas Manaktala, and Shalin Bhanot got into a huge fight in the house. Archana was heard talking about food on Day 89 in the house. Shalin Bhanot told Archana not to make a big deal out of food and told her she was “Do kaudi ki aurat.”

She got mad, and then she brought the actor’s family into the fight. Archana made some rude comments about his ex-wife Dalljiet Kaur and said, “Mujhe Laga Teri Biwi Do Kaudi Ki ” Shalin loses his temper and begins to throw chairs. He tells Bigg Boss that he doesn’t want to be on the show anymore and asks him to call him to the confession room.

Archana Gautam and Vikkas Manaktala also got into a fight, and he tried to shut her up by calling her “Anpadh, gavaar.” He also said things about her political party, which made Archana very angry. “Don’t bark like a dog,” she told him. Vikkas lost his temper and asked her to tell her father the same thing.

The other housemates didn’t like this, and they tried to stop Vikkas and Archana from fighting, but they kept insulting each other. Archana even told him she would beat him up “Tujhe aisa maarte maarte mor banaaungi na, udta paayega. Tere jaise ko na main utha utha kar patakti hoon “. Vikkas told her to come to him and touch him. Shiv Thakare stops them from getting too close to each other as the fight gets more violent.

Shalin asked Vikkas about his wife’s first pregnancy, and he told her. He said that his wife had a miscarriage and that it would hurt her so much to see things like this.

Archana and Priyanka Chahar Choudhary Got Into a Nasty Fight

Archana and Priyanka Chahar Choudhary also had a nasty fight. The first person was seen talking about Shalin Bhanot’s food, which made Priyanka angry, so she said, “We will make our own food. We don’t want to eat food from your hands as you are extremely disrespectful. Please have some respect while others are having food. You don’t “.

Tina Datta stopped the fight and told Archana that she shouldn’t say anything bad about anyone’s family. In response, she said, “I’m also someone’s daughter and sister. You are not even worth a penny”.

On the other hand, Priyanka said,”Am I not someone’s daughter? When you make extremely disrespectful comments against me then you forget that I’m someone’s daughter. You continue to do age-shaming and body-shaming”. She warned her saying, “Chapet padegi na ek, tujhe warning de rahi hun main”.

Keep an eye on this space for the latest news about Bigg Boss.

Why Shalin Bhanot Gets Mad on Bigg Boss 16 and Throws Chairs? He Said, “It’s Not a Good Show”