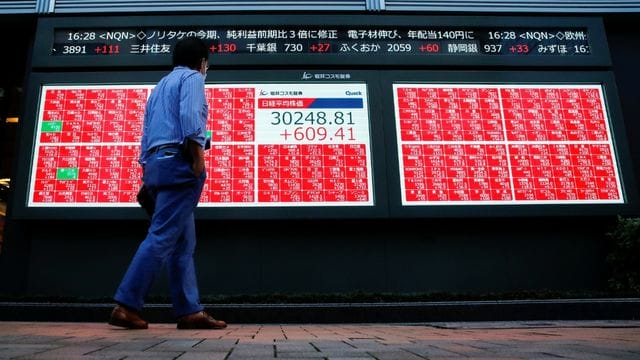 Monday was a slow day for trading in Asia because of the Christmas holiday. Markets in Hong Kong, Sydney, and other places were closed.

Haruhiko Kuroda, governor of the Bank of Japan, said Monday in a speech that was watched by a lot of people that the central bank has no plans to change its long-standing policy of monetary easing to deal with inflation pressures on the world’s third-largest economy.

Last week, a small change in the target range for the yield of long-term Japanese government bonds sent shockwaves through the markets. This was seen as a sign that the Bank of Japan might finally stop supporting the economy so much through ultra-low interest rates and purchases of bonds and other assets.

As the difference between interest rates in Japan and other countries grows, the Japanese yen has fallen sharply against the U.S. dollar and other currencies. This has made many imported goods and products more expensive.

But because of the risk of a recession, the BOJ has kept its key lending rate at -0.1%. Kuroda told the Keidanren, the country’s most powerful business group, that the BOJ “deems it necessary to conduct monetary easing and firmly support the economy” because economies are likely to face downward pressure and Japan’s economy hasn’t fully recovered from the effects of the pandemic.

Stocks of small companies also went up. The index for the Russell 2000 RUT, +0.39% went up by 0.4% to 1,760.93. Early on, stocks went down because of mixed economic news, but by late afternoon, just before the long holiday weekend, the indexes went back up. The markets in the U.S. and Europe will be closed on Monday.