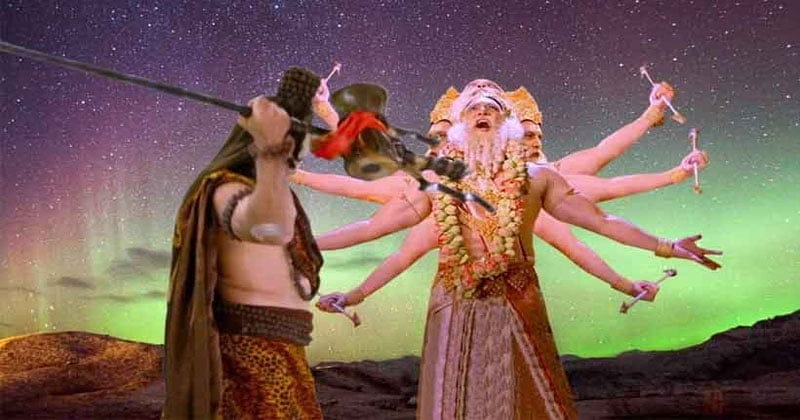 This incarnation of Lord Shiva cut off the fifth head of Brahma, know where did he get freedom from the sin of killing Brahma. There are rumors about Bhairav ​​that he is very angry, possesses rival qualities and is an alcoholic. The main purpose of Bhairav ​​Avatar of Ujjain Shiva is that one should follow Dharma by completely surrendering all his vices like drinking alcohol, vengeful food, angry nature etc. to Bhairav.

Bhairav ​​is the lord of Kashi. In Shiv Purana, Bhairav ​​is shown as the full form of Paramatma Shankar, the story of Bhairav ​​Avatar is as follows. Once impressed by the love of Lord Shiva, Brahma and Vishnu began to consider themselves to be the best. When the Vedas were asked about this, they called Shiva the best and God. But Brahma and Vishnu denied him.

Then there was a dazzling light and a manly figure appeared. Seeing him Brahma said, “Come in my refuge because you are my son.” Lord Shiva got furious after hearing such words of Brahma. He said manly, “Being as graceful as time, you are a real Kalaraja, you are afraid of being terrible, will be afraid of you tomorrow too, so you are Kalabhairava.

There Brahmahatya (bride) emerged and Bhairav ​​started suffering. Lord Shiva then ordered Bhairav ​​to fast to get rid of Brahmahatya and said that by the time this girl (Brahmahatya) reaches Varanasi, you will go beyond her in a terrifying form.

Only in Varanasi one will get freedom from the sin of killing Brahma. After understanding everything, when Lord Bhairav ​​entered the liberated city of Varanasi Puri, at the same time Brahmahatya went into the abyss and Bhairav ​​became free from the sin of Brahmahatya. Worship Bhairav ​​with Shiva, who remembers Kapal Mochan Teerth located in Kashi, the sins of this birth and every subsequent birth are destroyed.

By bathing here and offering it to the father and the deities, one can be freed from the sin of killing Brahma. Bhairav, the soothing god of devotees, is situated near Kapal Mochan Teerth. Bhairav ​​was born on the Ashtami of Magasar month, so fasting and Jagran on that day gives freedom from complete sins.

If a person is a devotee of Lord Shiva but not a devotee of Kaal Bhairav, he has to suffer a lot. This is especially true in Kashi. Devotion to Bhairav ​​is essential for the residents of Kashi. Bhairav ​​avatar of Lord Shiva is said to be his fifth avatar. The name of his Shakti (wife) is Bhairavi. Bhairavi is also considered an incarnation of Girija.