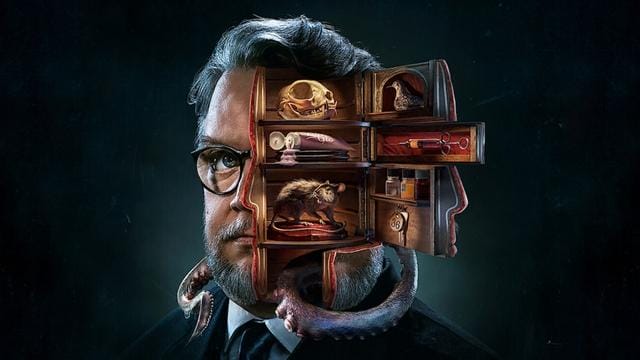 Cabinet Of Curiosities is a horror TV show created by Sir Guillermo Del Toro, the master of gothic horror cinema. Guillermo del Toro is without a doubt one of the best horror directors of our generation. His stories are mostly fantasy and gothic horror, and they often serve as a form of escapism for the audience.

Del Toro’s specialty is dark fantasy, and he has created several masterpieces over the course of several years. From Pan’s Labyrinth to The Devil’s Backbone, and even his most recent Oscar-winning fantasy romance film, “The Shape Of Water,” Del Toro has repeatedly demonstrated why he is the master of the gothic horror genre.

The show received widespread acclaim shortly after its initial release. Who praised the show’s atmospheric horror, which, rather than relying on jump scares, tries to focus on gothic horror and spooky stories. The series consists of eight episodes and one season. Each episode is directed by a different director who has worked hard to create a unique and horrifying horror story.

Netflix announced a new series with Guillermo Del Toro in 2018. The show’s creators were revealed to be some of our generation’s most promising horror directors. Directors such as Jennifer Kent (best known for her work on the horror film The Babadook), Vincenzo Natali (best known for his work on the horror film Cube), and Catherine Hardwicke (for directing Red Robin Hood).

Ana Lily, Panos Cosmatos, Guillermo Navarro, David Prior, and Keith Thomas are the other directors involved in the show. As we can see, the creators come from all over the world, but they have come together to represent one of the universal emotions of all living things, namely fear and horror.

Cabinet of Curiosities Location of Filming

Cabinet of Curiosities, also known as “Guillermo Del Toro’s 10 After Midnight.” The show was mostly shot in the following locations:

The majority of the show was shot in Canada, primarily in the Toronto area. Several sets were built to meet the movie’s gothic horror setting requirement. They used Cinespace Film Studio and its Kipling Avenue Studio, located at 777 Kipling Ave#300.

Pinewood Toronto Studio, located at 225 Commissioners Street, was the second studio used to film Cabinet Of Curiosities. According to some reports, Del Toro and his team also shot some of the key horror scenes at the historic Spadina Museum.

Hamilton, Ontario, is a beautiful Canadian city where Del Toro previously shot films such as Nightmare Alley and The Shape Of Water. It’s clear that Del Toro adores his favorite filming location, or that it’s one of the best locations to shoot a gothic horror film. According to reports, the Cabinet Of Curiosities crew was spotted filming scenes near the Strabane United Church.