Yogesh Choudhary, Priyanka Chahar Choudhary's brother, talked about how their father reacted when Salman Khan criticised Priyanka during weekend episodes of Bigg Boss 16. In an interview, Yogesh also talked about meeting his sister, how she did on Bigg Boss, and a lot more. 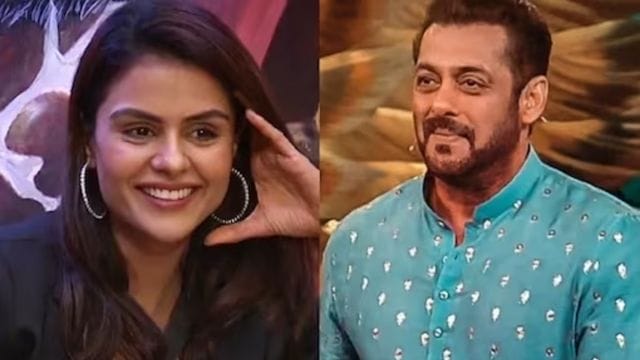 Yogesh Choudhary, the brother of Bigg Boss 16 contestant Priyanka Chahar Choudhary, has said that their father doesn’t like it when host Salman Khan makes fun of Priyanka on the weekend episodes. After meeting his sister in the Bigg Boss house, he talked about how he felt. In the promo that ColorsTV released on Monday, Yogesh made it clear that he would be on the show during the last family week. In an interview, he also talked about Priyanka’s plan.

Priyanka is one of the most well-known and powerful Bigg Boss 16 contestants. Along with Abdu Rozik, Tina Datta, Shalin Bhanot, Sumbul Touqeer Khan, Shiv Thakare, and MC Stan, she has a lot of fans. There were rumors that Priyanka and the former contestant Ankit Gupta were seeing each other. Fans of the show loved how close they were and how much they cared for each other.

In an interview with ETimes TV, Priyanka’s brother Yogesh talked about how their father reacts when Salman Khan insults Priyanka on the weekend episodes. He said, “Papa was also saying the other day at home that he feels Salman sir thoda zyada gussa kar dete hai (Salman scolds her a lot sometimes).”

“I feel Papa Salman sir se zyada age ke hai toh woh bol sakte hain,” he continued. I think our father is older than Salman Sir, so he can say, “I also think it’s terrible when parents scold their kids.

He said this about his sister’s game inside the house: “But I think Priyanka di is playing really well, and if Salman sir scolds di too, it will be for her own good. She takes it in a good way and works on getting better.

Logon ke liye meri image yahi hojaegi ki bahut chik chik karti hai (I want to get married, settle down. I’m getting too emotional about Ankit, and I don’t know what to do. People will think this of me because I nag a lot.

Varisu Movie Review: Family Drama That is Easy to Guess and Only Works Because Vijay is in It