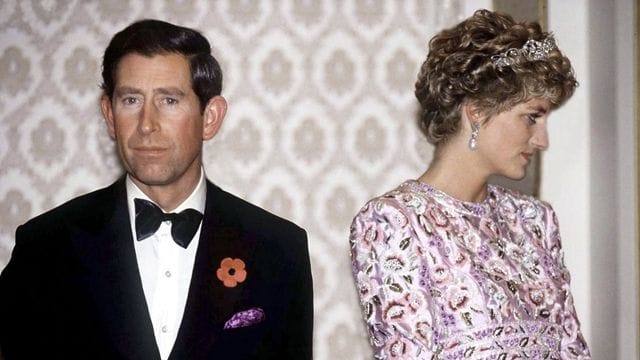 The fifth season of The Crown focuses on the separation and subsequent divorce of the then-Prince and Princess of Wales. Here’s the real narrative of what happened. After four years of separation, Prince Charles and Diana, Princess of Wales divorced in 1996.

Prime Minister John Major had proclaimed just a few years before, on December 9, 1992: “Buckingham Palace has announced that the Prince and Princess of Wales have decided to divorce. The Royal Highnesses have no intention of divorcing, and their constitutional positions will not be impacted.”

The crucial term here is “no plans to divorce” Princess Diana was said to be opposed to divorce. Between the formal separation and the divorce, Prince Charles revealed to Jonathan Dimbleby that he had been unfaithful to Diana after their marriage had failed.

Princess Diana, too, gave an explosive interview in which she acknowledged adultery as well as struggling with post-partum depression, self-harm, and bulimia. Diana famously stated in a 1995 Panorama interview, “there were three of us in this marriage, so it was a bit crowded,” alluding to Camilla Parker Bowles. Martin Bashir, the journalist, asks her about divorce: “Would it be your wish to divorce?” “No, it’s not my wish,” Diana responds.

Diana had consented to divorce by February 1996. “It was an incredibly difficult decision, and one that the Princess of Wales has taken with enormous sadness and regret,” Diana’s lawyer, Anthony Julius, told BBC News following the announcement of their divorce.

Queen Elizabeth persuaded her son and Diana to divorce in late 1995. “After reviewing the current situation, the Queen wrote to both the Prince and Princess earlier this week, expressing her desire for an early divorce, which was endorsed by the Duke of Edinburgh. The Prince of Wales shares this viewpoint, which he has made clear to the Princess of Wales since the letter “On December 21, 1995, Buckingham Palace issued a statement.

“The Queen and the Duke of Edinburgh will continue to do everything in their power to assist and support the Prince and Princess of Wales, and especially their children, during this difficult time,” Diana confirmed her divorce agreement on February 29, 1996.

“The Princess of Wales will maintain the title and will be recognized as Diana, Princess of Wales,” Diana’s spokeswoman said in a statement. Diana kept her Kensington Palace apartments as part of the divorce agreement, and the two shared custody of their children, Prince William, and Prince Harry.