When Everyone’s Primary Objective is Nimrit, as in the Ticket to Finale Task, the Procedure Looks Like This!!

Bigg Boss announced the new captaincy task, which is directly related to the ticket to the finale task. The first captain is Nimrit Kaur Ahluwalia. 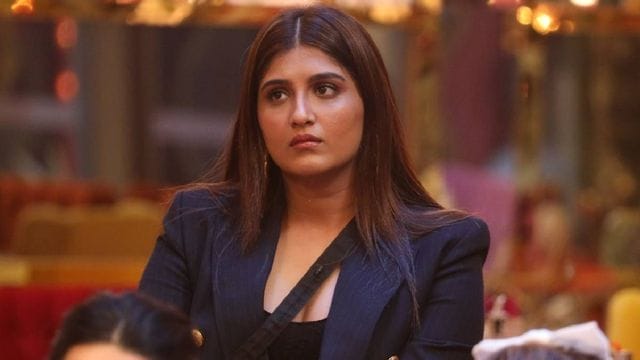 On the January 16 episode of Bigg Boss 16, the much-anticipated ticket to the finale task will be revealed. But along with the nomination task, it will be announced with a twist. The person who keeps his or her captaincy until the end of the week will not only be the next captain but will also be the finalist for the same position.

Bigg Boss talks about the same thing and says how the next captaincy and the task to get a ticket to the finale are related. To make things more interesting, Bigg Boss makes Nimrit Kaur Ahluwalia the captain, which is what he did the first time she appeared on the show. Now, the Chhoti Sarrdarni actress will start the cycle, and she will have to defend her captaincy from the others in order to get to the final task. Check out the video.

Tina Datta and Shalin Bhanot, two of the other contestants, can be seen talking about how they can take Nimrit’s captaincy. They probably decide not to do their housework, which could get the actress fired by the captaincy. Now, it will be interesting to see which contestant is able to keep their captaincy and becomes the new captain and the first finalist of the same. On the other hand, there was the nomination process. Tina and Soundarya Sharma were the main targets there.

Many contestants, like Sumbul Touqeer Khan and Soundarya, put Tina up for eviction because they say she is a fake. Tina and a few other contestants also put Soundarya’s name forward. After that, she and the Uttaran actress get into a nasty fight with their words. Check out the advertisement.

Did You Admire Harnaaz Sandhu’s Magnificent Multicoloured Lehenga During Her “Desi Girl” Moment on the Miss Universe Stage? What’s the Price of Lehenga? Know Here!