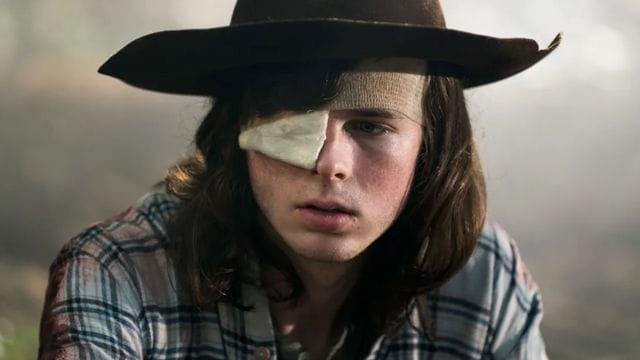 Carl Grimes is a beloved figure among The Walking Dead fans. Carl, as played by Chandler Riggs, is a character that viewers see grow up on film, which leads to many fans developing an emotional affinity to the character.

He was supposed to stay until the conclusion. His comic counterpart lived to the end of the story and was seen with his family throughout the 20-year time leap. The series’ protagonist was not so fortunate.

Carl confessed that he had been bitten while attempting to help Siddiq in the midseason finale episode of season 8, “How It’s Gotta Be” (Avi Nash). Fans were shocked, and Carl’s final story would be revealed in the following episode, “Honor.”

This episode begins with Rick (Andrew Lincoln) crying and declaring to himself, “My mercy triumphs over my vengeance.” Rick and Michonne (Danai Gurira) are then seen excavating a grave. Something no parent should have to do, and knowing that this episode will mark the end of Carl Grimes tugged at fans’ heartstrings.

When Does Carl Die in the Walking Dead?

Carl is killed in Season 8 of The Walking Dead. His death is caused by a walker bite, which the young hero sadly receives after assisting Siddiq in honoring his mother by murdering walkers in the hopes of releasing their spirits.

The fatal bite is not immediately shown to viewers (but the look on his face as it occurs indicates that something is wrong). We find out in season 8’s midseason finale (episode 8), “How It’s Gotta Be,” when a visibly frail Carl distracts the Saviors and defends the people of Alexandria. When Rick and Michonne return, they, like us, discover the walker bite on his abdomen.

Carl spent his final day writing letters to the people he loved, telling them of his dreams that the battle with the Saviors would end someday, and that they would be able to rebuild the planet, life, and start anew; that there would be life after. He wished the same for Negan.

Carl dies in the season 8 midseason premiere (episode 9), “Honor,” after telling his father Rick, stepmother Michonne, and sister Judith how much he loved them.

Must Read: Chadwick Boseman’s Death Left an Indelible Mark on Wakanda, Even Down to the Music

Carl had a critical role in bringing the battle to a close by convincing Rick and Negan that there was a better way to live; a peaceful one. It goes without saying that his presence on the program is still missed, and it’s simple to see why his death is still such a contentious issue.

How Will Carl’s Death Affect The Walking Dead?

Carl had a horrible reputation for being a brat who contributed nothing to the series, but we’d be hard-pressed to find a better adult. Carl was frequently the voice of reason in a world full of adults who, to be honest, never made the right decisions.

He took on far more responsibility than any child his age should have, and he did it with grace. During his time in The Walking Dead, he gave up both his thoughts and his body. 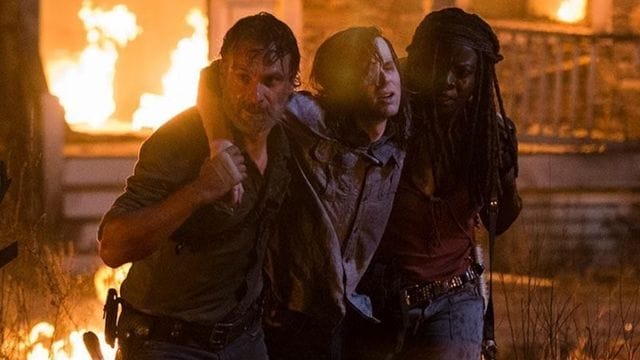 His brave efforts include protecting his group, preventing a loved one from becoming a walker, and sparing those around him the burden of death by killing himself. He was the reason that innumerable lives were saved, and he transformed his father’s perspective on the world. RIP to one of the series‘ most memorable characters. Tip your hat and get your best meme ready. CARL! in his memory… CARL!

The Walking Dead is a zombie-apocalyptic horror serial drama television series based in America. This series is based on Tony Moore’s, Robert Kirkman’s, and Charlie Adlard’s novel of the same name. This series was created by Frank Darabont. This show debuted on October 31, 2010, and is continuing in production. It has 11 seasons and 169 episodes so far. 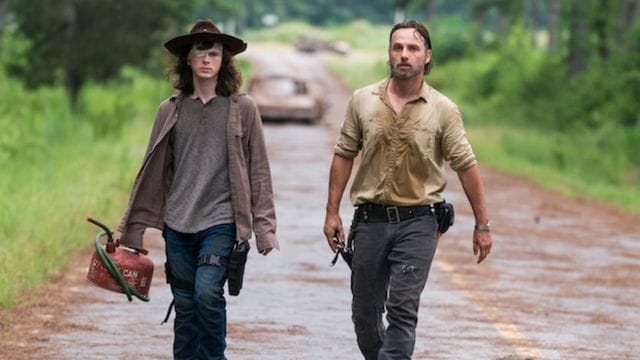 Read More: After the death of Birbal, Akbar did the same with the dead body of Birbal.

How Does Goose Die in Top Gun? Who Else Died on the Set of Top Gun?