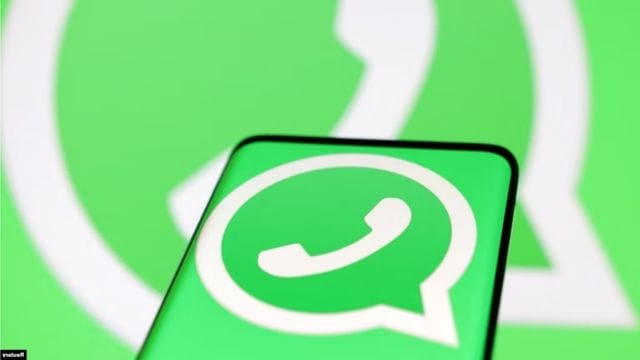 WhatsApp now lets users use a tool that helps them stay online even when their government blocks access. A company called Meta, which is owned by Facebook’s parent company, just said that users will be able to connect to WhatsApp through proxy servers.

A proxy acts as a bridge between a user and a server somewhere else on the internet. People or organizations anywhere in the world can set up proxy servers. People can still go online through the proxy system even if their government has cut off or limited access to the internet in their area.

WhatsApp said in its announcement that the proxy tool is a way to “give people the power” to connect to its service even if the internet is blocked or restricted.

Iran’s government has cut off internet and messaging services in the past. In 2018, the government of Iran told internet service providers to block the messaging app Telegram. At the time, there were about 40 million Telegram users in Iran, which was almost half of the population.

Telegram was banned at the same time that people in many Iranian cities took to the streets to protest the government’s economic policies.

In the last few months, there have been many protests in Iran’s Kurdistan province and in its biggest cities. The protests started after a 22-year-old woman who was in police custody died. The “morality police” of Iran arrested the woman, whose name is Mahsa Amini.

The morality police are in charge of making sure that Iran’s rules about how to act and what to wear in public are followed. Amini was arrested for not following the Islamic dress rules of the country. Iran blocked both WhatsApp and Instagram, which are both owned by the same company, Meta, because of the protests over Amini’s death.

The company said that using a proxy server wouldn’t change WhatsApp’s “high level of privacy and security.” For example, it said that end-to-end encryption would still be used to protect all personal messages sent through the service. Encryption is the process of putting information or data into a code so that it can’t be read.

Users who want to use a proxy server can find step-by-step instructions in WhatsApp. The company also made a guide for volunteers and organizations that want to set up proxy servers for users.

Some people in countries where the government can get in the way use VPNs to connect to the internet. A virtual private network (VPN) uses software to connect to private computer networks in other places. This makes it look like a device or computer is working in another country.

There are some ways in which VPNs and proxy servers are the same. But VPNs are different in that they encrypt a user’s internet data as well as hide where the user is working from. In September, Signal, a service that competes with WhatsApp, announced that it would support proxy servers so that people in Iran could use it.

In a report that came out in June, the UN Human Rights Office said that between 2016 and 2021, the internet was shut down 931 times in 74 different countries. “Shutdowns are strong signs that human rights situations are getting much worse,” the report said.

The U.N. also said that blocking the internet has big economic costs in many fields. The report said that the effects of shutdowns on the economy “are felt over long periods of time and make social and economic inequalities much worse than they were before.”

In India, You Can Make a Reservation for the Samsung Galaxy S23 for Just Rs 1,999: Here’s What We Know!!

Feeling Worried About What Your Child is Eating? Here Are Helpful Nutrient-rich Foods for Their Development