Whatsapp New Features Are Coming: Status Report, Save Disappearing Messages and Many More!

Meta, the company that owns the platform, is working on a way for users to report status updates that they think break the terms of service for the instant messaging service. 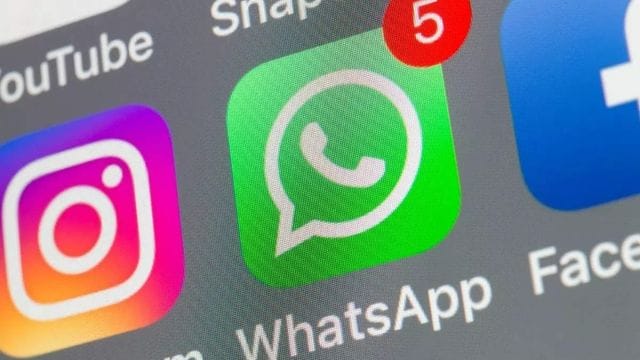 According to reports, WhatsApp is working on a lot of new features that will make the app easier to use and give users more privacy. Last year, the Meta-owned app added the ability to transfer from Android to iOS. Now, the app is said to be working on another transfer feature that will make Google Drive unnecessary.

Let’s take a close look at all the new features that are being worked on for WhatsApp that are expected to come out in future updates.

WABetaInfo says that WhatsApp is working on a feature that will let users move their chat history and other WhatsApp data from one Android device to another. Users can still move their files using Google Drive backup, but the new update is said to make users less reliant on third-party apps. Users will just have to scan a QR code to switch to a new Android device.

The feature is still being worked on. But once it’s out, users will be able to move their app data to a new Android phone by going to WhatsApp Settings > Chats > Chat transfer to Android > scanning the QR code and following the on-screen instructions.

WhatsApp users can currently report, message, and receive media that doesn’t follow the platform’s rules. But soon, users will be able to tell Meta about status updates that have troublesome content like hate speech, abuse, and so on.

The new feature is being worked on for WhatsApp Android beta and desktop beta, and it is likely to be added to the app in future updates. Once it’s out, users will be able to see a report button in the status option.

At the same time, the platform is also working on a feature that will let users save important messages in a chat window that will disappear after a certain amount of time. With the new “Kept messages” feature, users will be able to bookmark and save any particular “disappearing” message so that it doesn’t get deleted along with other messages on a set timer.

The saved message will be visible to everyone in the chat. But WhatsApp users can always “un-keep” a message to get rid of it from the conversation.

Because of government censorship rules, the instant messaging app WhatsApp is blocked in many places. The app can’t be directly downloaded from the Google Play store or the Apple Apps store. But WhatsApp users all over the world will soon be able to use proxy servers. People from Iran and other places will be able to use the app and talk to each other freely and privately.

In a blog post, WhatsApp said that if you use a proxy, you can connect to WhatsApp through servers set up by volunteers and groups around the world that want to help people communicate freely.

With the most recent updates of WhatsApp beta for Android, iOS, and Desktop, the proxy feature is now available. To set up a proxy, you need a server with ports 80, 443, or 5222 open and a domain name (or subdomain) that points to the IP address of the server.