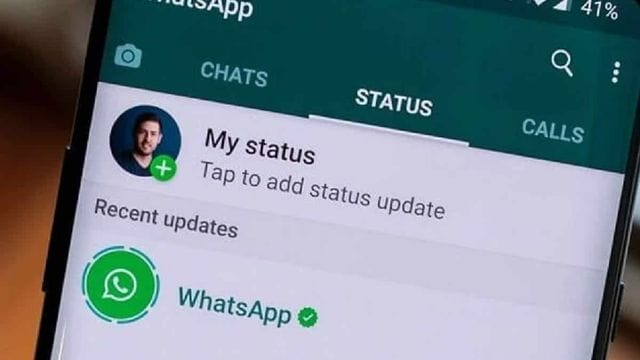 In November, there were rumors that WhatsApp was making a way to update your status with your voice. Now, the company has started giving some beta testers the option to share voice recordings as status updates.

Version 2.23.2.8 of WhatsApp beta for Android now lets users record and share voice notes as status updates. This feature can be found in the text status section, but at the moment, it is only available to beta testers.

Users also have more control over their recordings because they can delete them before sharing them. It’s important to know that you can only record a voice note for up to 30 seconds and that you need the latest version of WhatsApp to listen to voice notes shared as status updates.

It’s important to know that, like all other forms of communication on WhatsApp, voice notes shared as status updates are encrypted from end to end, so only the people you choose in your privacy settings can listen to them.

Also, voice notes shared through status will disappear after 24 hours, just like pictures and videos. But users can also delete voice notes for everyone after they’ve been posted as status updates. This gives users full control over what they choose to share.

Sharing voice notes through status updates is being tested right now with a small group of beta testers who have downloaded the latest beta version from the Google Play Store. More people should be able to use it in the coming weeks.

Also, it is said that WhatsApp is working on new features like chat transfer, a quick way to block, a new camera mode, and more. The company has also recently added proxy support for both Android and iOS.

It might not seem like a big deal at first, but it beats having to spend a few minutes in a video editing app putting your recording on top of a set of related images. It is also much easier than sending a recorded message to many people.

We don’t see this feature on any of our WhatsApp beta devices yet, which is typical of a slow rollout or an A/B beta test. This feature has been in the works for almost a year, but WhatsApp hasn’t said when we might see it in the stable channel. So, there could be more changes to how it works before it comes out all over the world.

Stay tuned to New Times Of India for more Tech News and bookmark our website so that you can’t miss any updates.