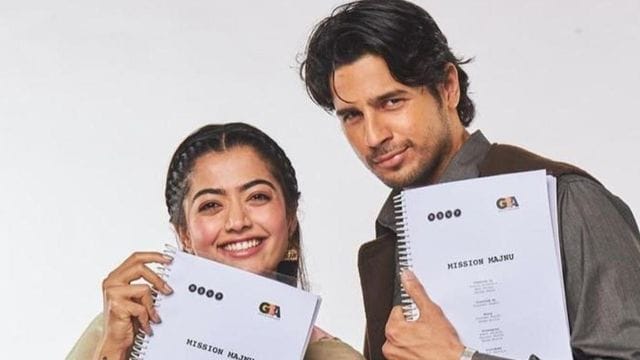 Content is being made for OTT platforms at a breakneck speed, with new releases every week. OTTs have something for everyone, whether they want action, drama, romance, or mystery.

Mission Majnu, starring Sidharth Malhotra and Rashmika Mandanna, is one of the most anticipated spy thrillers. It will be shown on Netflix, while the film Chhatriwali, starring Rakul Preet Singh, will be shown on ZEE5. Fans of post-apocalyptic stories can watch the HBO special “The Last of Us” on Disney+ Hotstar, while the Korean drama “Jung-e” is on Netflix.

There are a lot of great movies and web shows to choose from during the third week of January. You must be confused with so many new movies coming out. So, we’ve made a list of the best streaming movies and TV shows this week.

Mission Majnu is one of the most talked-about movies coming out this month. Its main characters are played by Sidharth Malhotra and Rashmika Mandanna. In the 1970s, the movie is about an Indian spy who goes undercover and goes on a dangerous mission to find out about a secret nuclear weapons programme in the heart of Pakistan. But it won’t be easy, because he’ll have to get past a lot of problems to finish his mission.

Where To Watch: Netflix

Sanya is a chemistry genius who is out of work and looking for a job. But she also wants to use what she knows about chemistry to help young people get past the taboos of sex by giving them the right education. The movie tries to show how important it is to have safe sex and use birth control. Rakul Preet Singh and Sumeet Vyas play the main characters in the movie, which is directed by Tejas Deoskar.

Where To Watch Chhatriwali: Zee5

In a near-future post-apocalyptic world, a scientist at an AI lab leads the effort to end a civil war by cloning the brain of a brave soldier, who happens to be her mother. This highly engaging K-drama stars Kang Soo-Yeon, Kim Hyun-Joo, and Ryu Kyung-soo.

Where To Watch JUNG_E: Netflix

A new season of the Israeli show Fauda, which has been very popular, is about to start. The show is about a covert Israeli agent who is forced to come out of retirement when something from his past starts to mess up his life. In the new season of Fauda, Doron and his old team will go on a mission abroad when new enemies with old grudges strike at the heart of Shin Bet’s operation. The new season will be full of action, drama, and mystery.

Where To Watch Fauda Season 4: Netflix

The Last of Us is a nine-part miniseries with a plot that is similar to that of the popular PlayStation game from 2013. The main plot of the series is about a survivor who helps a teenage girl escape the quarantine zone. What happens next is a hard journey to stay alive as they fight bloodthirsty survivors who look like zombies and more. Pedro Pascal, Bella Ramsey, Nick Offerman, and Gabriel Luna are all part of the ensemble cast of this show.

Where To Watch The Last Of Us: Disney+Hotstar

The Last Of Us Release Date: 20 January

The Last Of Us Trailer

Two strangers who look alike compete for the love of the same woman. One is a street-smart con artist, and the other is a rich corporate heir. Ravi Teja and Sreeleela play the main roles in the movie.

Where To Watch Dhamaka: Netflix

Five New Meteorites Have Been Discovered in Antarctica, and They May Hold Clues to Earth’s Origin!

With Netflix’s Announcement of Its Upcoming Schedule of Films for 2023, Alia Bhatt Has Lost Her Cool Over Heart of Stone

Head Bush OTT Release Date: Where and When to Watch Dhananjaya’s Movie?