What is Indigenous North American Stickball? Sports Are Honored With a Google Doodle 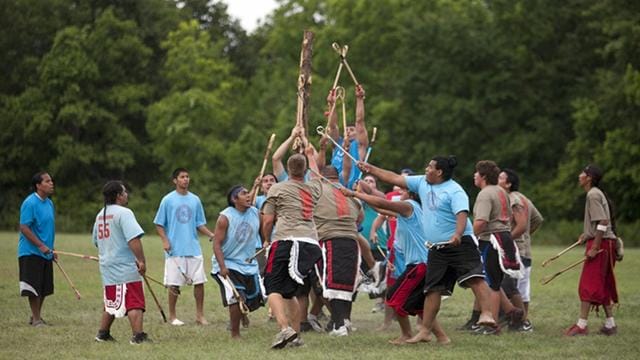 Users who have been searching on Google today have noticed that the site has redesigned its iconic logo in order to celebrate the sport of stickball, which is played by Indigenous people in North America.

The standout design honors one of the earliest forms of a team competition played in North America, and it features an illustration of the Google logo created by Native American artist Marlena Myles, who is based in Saint Paul.

Stickball, a sport that is frequently compared to lacrosse, was first played by members of a number of Native American tribes, including the Cherokee, Chickasaw, Choctaw, Seminole, and Yuchi.

There is a Cherokee story that tells of the very first game of stickball ever played, and it was between land animals and birds.

The bear, the deer, and the turtle were overly confident that they would win the game through sheer strength, but the team of birds used speed and cunning to outsmart the land animals, and, in the end, they were the ones who came out on top as the winners of the game.

Games of traditional stickball were typically spread out over the course of several days and could involve as many as one thousand male participants from different tribes. The game was frequently played in place of more violent activities, playing which played a significant part in maintaining the peace.

In addition to mediating disagreements, it served other purposes as well, including training young warriors for battle and adding an element of merriment to festivals and other celebrations.

Stickball is still played on a regular basis by various groups all over North America. The players take turns hurling the ball down the field, which is marked by two poles or sticks at either end. In the sport of stickball, players use sticks with rounded tips to lob the ball down the field toward their teammates, who must either hit the pole or touch it in order to score points.

Every match begins with a series of traditional rituals, the most common of which is the smoking or burning of tobacco. Before the start of the game, it is recommended that players do this to clear their minds.

Stickball is a game that has been played for a very long time, and although its rules and traditions have changed over the years, playing the game itself is still an important way for communities to maintain their connection to Native American culture.

Why is Google Highlighting Stickball? 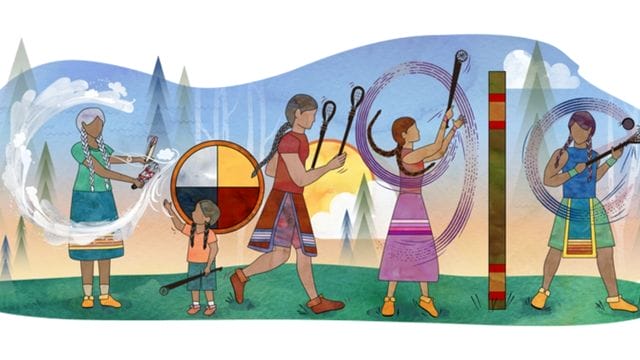 President George H. W. Bush made the declaration in 1990 that the month of November would be known as Native American Heritage Month in the United States. A declaration that was repeated once more by President Joe Biden on the 31st of October, 2022.

“I urge each and every one of my fellow citizens in the United States, as well as their elected representatives at the federal, state, and local levels, to observe this month with the appropriate programmes, ceremonies, and activities, and to celebrate November 25 as Native American Heritage Day in the year 2022.”

The illustration of a stickball being celebrated by the Google Doodle on November 1 is doing its part to mark the beginning of Native American Heritage Month.

Is the Movie ‘All Quiet on the Western Front’ Based on a Real-Life Event?

Nose Picking Can Be Deadly: The Habit May Increase the Risk of Dementia and Alzheimer’s Disease

Philadelphia Orchestra Remixes ‘Dancing on My Own’!