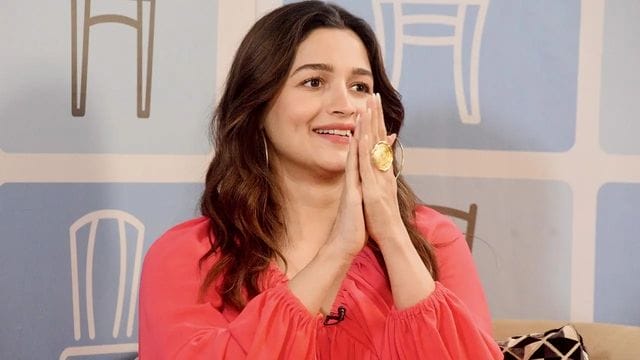 Alia Bhatt talked about her decision to have a baby while she was at the top of her career in a recent interview. She worked on movies like “Darlings” and “Brahmastra” while she was pregnant, and she even shot her first movie in Hollywood, “Heart of Stone.”

Alia Bhatt, an actor, recently talked about what she wants to do with her life as she looks ahead to 2022. In an interview, she said that she lets her heart guide her in everything she does, both at work and at home. She said she had never been happier in her life and that she would never regret having Raha Kapoor when she was at the top of her Bollywood career.

After dating for a while, Alia and Ranbir Kapoor got married on April 14, 2022. Their wedding was small and private, and it took place at their home in Mumbai, Vastu. After being married for two months, Alia said they were ready to start having kids.

Alia told the world on Instagram in November that her daughter Raha had been born  “And in the best news of our lives:- Our baby is here… and what a magical girl she is. We are officially bursting with love – blessed and obsessed Parents! Love, love, love Alia and Ranbir.”

Alia was asked in a recent interview what makes her want to live her own life. “There is no right or wrong in life,” she told Bombay Times. What helps me may not help someone else. I have always paid attention to what my heart tells me. Life can’t be planned. Life makes its own plans, and all you have to do is follow them. I always let my heart decide, whether it’s about movies or something else.

Yes, I got married and had a child when I was at the top of my career. But who says that getting married or having children will change anything about my job? Even if it does, so be it. I don’t care. I knew that having a child was a choice I would never regret. It’s in your nature to do so. It’s the smartest thing I’ve ever done. I have never been happier or more fulfilled.”

“As a mother, everything is more important. Also, I think I’m a good actor. If you work hard, are a good actor, and people want to work with you, then your job will come to you. And if you can’t find work, that’s fine. It might not be your time. I’m not the kind of person who worries too much about it. I care a lot about my work, but I also care a lot about my life outside of work, and I want to find a good balance between the two. ” “If your heart tells you to do something, do it,” she said.

Alia and Ranbir chose the name Raha Kapoor for their daughter. They haven’t shown what the baby’s face looks like yet. Alia will be next seen in Karan Johar’s Rocky Aur Rani Ki Prem Kahani.