Review of the Film Waltair Veerayya: Chiranjeevi and Ravi Teja Aren’t Enough to Rescue It From Its Own Superficiality

Waltair Veerayya movie review: The filmmakers don't want the audience to react to the character Waltair Veerayya. Instead, they want us to worship the actor who plays him.

Waltair Veerayya starts with Seethapati (Rajendra Prasad), an old and defeated cop, looking for the person who can help him get revenge for the deaths of his fellow officers. He wants to find a man who can find and bring to justice a powerful criminal named Solomon Caesar (Bobby Simha). During the jailbreak, Solomon kills everyone at the police station that Seethapati was in charge of, and then he runs away to Malaysia.

Seethapati finds the right person for the job after he sees a well-known gangster wet himself when he hears the name Waltair Veerayya. We now know that Waltair Veerayya is a satrap of the underworld’s worst nightmare. But who exactly is he, and what can he do?

The next scene shows that high-level Navy officials are looking for Waltair Veerayya (Chiranjeevi). The country’s armed forces need his help very much because the officers say they can’t use the force they have to save four Navy men who have been taken by smugglers from Bangladesh. Because it was pouring rain and the sea was rough.

The head of the kidnappers is called by the top Navy officer, who tells him that he has sent a group to stop him. “What force?” asks the leader of the people who took him. “Mega force,” the officer replies. So, Waltair Veerayya is on the Navy’s side. He has a lot of power among criminals and looks out for people in uniform.

No, we don’t know all of Veerayya’s abilities just yet. Veerayya has as much power over people as Superman and has also tamed the oceans. “The father of the Bay of Bengal,” says one of the kidnapped officers as he watches Veerayya ride a tiny fishing boat through a storm and big waves. As if on cue, the waves start to rise, giving Veerayya’s boat a clear advantage over a big ship.

So, Waltair Veerayya is shown to us as a man who can do things that humans can’t. He is not a person. He’s god-like. The filmmakers don’t want the audience to react to Waltair Veerayya, but they do want us to worship the actor who plays him. And this kind of presentation makes people feel like they don’t belong.

When you have a hero who can control natural forces, you have to have a villain who can do the same. Not Prakash Raj (Michael Caesar) and Solomon. The man who is called “the father of the Bay of Bengal” is not in danger from these criminals. And there is no emotional risk in the story that would make us worry about Veerayya’s soul. It’s all just on the surface and doesn’t go any deeper. 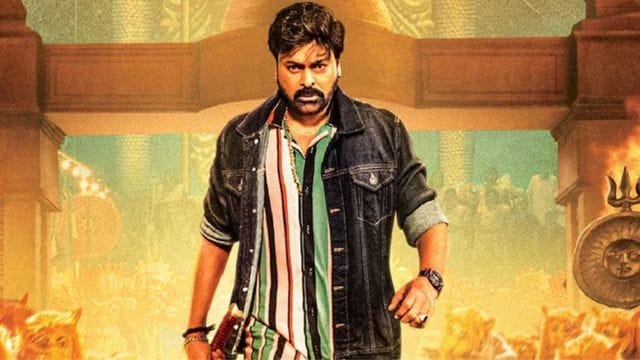 In the first few minutes of Waltair Veerayya, the movie’s director and writer, K. S. Ravindra, aka Bobby, builds up a lot of excitement, but he has trouble keeping the same pace for the rest of the story. The movie doesn’t live up to its own hype. It would be an understatement to say that the plot holes in Waltair Veerayya are shocking. Bobby takes the audience for granted because he thinks that they won’t notice the fake cause-and-effect chain in the story as long as the movie keeps focusing on Waltair Veerayya’s antics.

During a festival at a well-known temple in Malaysia, Veerayya kills members of a drug cartel. The devotees and people who are performing at the festival keep doing what they are doing as if they are happy about the deaths that Veerayya caused. In the same scene, Veerayya kills his enemy while sitting on an elephant in a very showy way. And that murder is shown on TV all over Malaysia, but Veerayya doesn’t have to pay for it. As if the Malaysian government doesn’t care that a man is holding deadly weapons and scaring people in their country.

And right before his final attack on his enemy, Veerayya sings a duet with his girlfriend Athidhi (Shruti Haasan). What’s the fun in breaking the tension after you’ve worked so hard to build it?

The relationship between Veerayya and his younger brother is one of the most important parts of Waltair Veerayya. But even that gets a big blow when Veerayya’s younger brother asks him to kill their common enemy as part of vigilante justice. What kind of brother who knows everything there is to know about India’s legal system would ask his brother to do that?

Scenes where Chiranjeevi’s character Veerayya and Ravi Teja’s character Vikram Sagar fight each other are very funny. But they can’t save a movie with bad writing that has good production value. The story is hurt more than helped by the duets that Devi Sri Prasad wrote.

Lenovo Releases Its First 5g Android Tablet in India! Here Are the Price and Specifications!