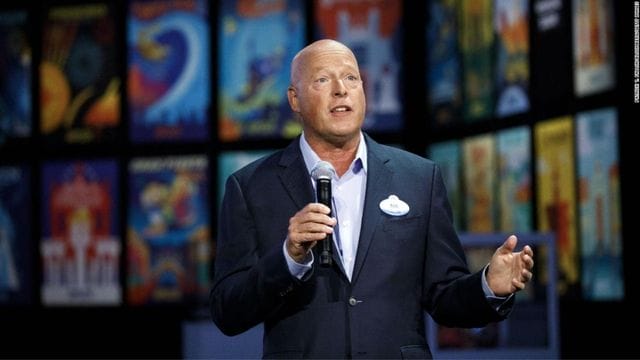 According to those familiar with the situation, senior Walt Disney executives spearheaded a revolt against CEO Bob Chapek in recent weeks, resulting in his ouster and replacement with predecessor Bob Iger.

The secret operation to depose Chapek began in the summer, as the outgoing CEO lost the trust of some members of his top team during his turbulent 33-month tenure at the helm of the media empire.

“A lot of people approached the board, Iger loyalists who felt marginalized,” said one person familiar with the talks.

Walt Disney shares rose 6.3% on Monday as investors bet that Iger, one of America’s most recognized media executives, could increase morale and profits at the company’s pricey streaming unit. Iger had fired Kareem Daniel, a trusted Chapek associate who oversaw the group’s streaming strategy, by Monday afternoon.

Disney executives began engaging the board, which is led by Susan Arnold, about Chapek’s leadership a few months ago. Three of the executives who complained included Christine McCarthy, chief financial officer. Disney did not respond.

“The board had no idea what to do,” one participant added.

The final straw was Disney’s brutal earnings report on November 8, when Chapek revealed the company’s streaming unit had lost $1.5 billion in the most recent quarter. Chapek announced job layoffs three days later, telling employees in an email, “We are going to have to make harsh and uncomfortable decisions.”

Iger, who led Disney for 15 years before stepping down in 2021, startled Hollywood on Sunday night when he agreed to replace Chapek. Iger chose Chapek as his successor after praising his management of Disney’s theme parks sector.

The changes at the top come after the company’s shares fell nearly 40% this year as Disney and others spend substantially to compete in streaming, an expensive and less profitable business than cable television or film.

Relations between the “two Bobs” swiftly deteriorated as Iger was increasingly dissatisfied with Chapek’s handling of Disney’s creative output and his management shake-up, which introduced more centralized decision-making and boosted Chapek’s loyalists.

Arnold mediated the decision to restore Iger, which occurred less than six months after Disney extended Chapek’s contract for another three years, putting an end to speculation about his departure. According to people close to Chapek, he was aware of the movements against him some weeks ago but was taken off guard by the rapidity of events.

Chapek will be entitled to a hefty payment as a result of his unexpected departure. In the event of early termination, he was entitled to an estimated $54 million in cash and shares by the end of 2021 under his previous deal. The entire terms of his most recent deal have not been made public by the corporation.

Iger, 71, has agreed to remain on for another two years to help steady the ship and find a successor.

Iger, who postponed his retirement four times before finally leaving the company, said in a note to employees on Sunday that he was “a little surprised” to be returning to the company.

Investors are increasingly concerned about the high costs of streaming as recession fears mount, dragging on the values of all big US entertainment companies this year.

Wells Fargo analyst Steven Cahall stated, “While the announcement does not fix all of Disney’s difficulties, we believe investors will embrace it because it places possibly the strongest leader in media at the helm with a mandate to shake things up.”