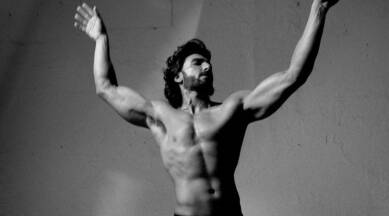 (1) Something new happens every day in the glittering world of entertainment. Even today the film world has seen many movements. In a way, while Ranveer’s problems with daring photoshoots are on the rise, Miss Universe Harnaj Sandhu has once again been trolled. With Film Wrap, we bring you the biggest news from the world of entertainment. So let’s know today’s 10 big news…

(2) Actor Ranveer Singh’s troubles in the photo shoot case are not over. It seems that this debate does not end here. The actor has been constantly trolled on social media ever since these pictures surfaced. After an FIR was registered at Mumbai’s Chembur police station, a complaint was also filed against Ranveer Singh with the Maharashtra State Commission for Women.

Vinto: Ranveer Singh’s problems escalate and Sanjay Dutt’s pain spills over into Shamshera, read 10 news from the world of entertainment

Ranbir Kapoor’s film ‘Shamshera’ has just released. People were waiting for this movie for a long time. However, the film did not do much business at the box office. Made on a budget of 150 crores, the film has managed to earn only 37 crores so far. Actor Sanjay Dutt, who played the villain in Shamshera, shared an emotional note with People after the film’s disappointing performance.

Actor and critic KRK aka Kamal R Khan is very active on social media. He is often seen here commenting on various topics related to the film industry. Sometimes he is seen making media headlines for his comments on a film and sometimes speaking about an actor. He is again in discussion about one of his tweets. In it, he is seen commenting on Akshay Kumar and Aamir Khan’s upcoming films – ‘Raksha Bandhan’ and ‘Lal Singh Chadha’.

Veteran Bollywood actor Naseeruddin Shah is always in the news for his outrageous statements. He has also been involved in controversy many times due to his statement. This time his wife Ratna Pathak Shah has also joined this list. Ratna Pathak gave a controversial speech on Hindu festivals. In a recent interview, Ratna Pathak openly shared her views on many issues.
He targeted women by calling the Hindu festival Karva Chhath conservative and superstitious. Ratna Pathak spoke about how women in the 21st century are still following age-old traditions like Karva Choth. Ratna says we are becoming superstitious.

Anurag Kashyap, who directed ‘Manmarjian’ with OTT queen title actress Taapsee Pannu, is now coming with her in ‘Do Baara’. The film is produced by TV queen Ekta Kapoor and when the film’s trailer was launched in Mumbai on Wednesday, the film’s heroine Taapsee Pannu was not seen at the event. It is heard that he is busy shooting for his upcoming film ‘Dunky’ with Shahrukh Khan. Here Anurag is seen trying to revert back to his original avatar. After a long time, Anurag Kashyap was seen in the same mode before becoming the favorite director of corporate houses. He clearly said that if English speakers could make Hindi films, so would films, which is happening these days.

TV’s number one show Anupama for a long time is suddenly going to undergo a lot of changes. News of Paras Kalnawat’s ouster from the show has spread like wildfire. After Pars was removed from the show, Rajwan Shahi alleged that he had breached the contract. Paras signed Jhalak Dikhhla Ja 10 without informing the producer. Annoyed by this, Maker showed Pars the way out. After Pars, there are reports that actor Sudhanshu Pandey, who played the role of Banraj in Anupama, may also leave the show.

While Disha Patani is in the news these days for her upcoming film ‘Ek Villain Returns’, her love life is also making a lot of headlines. There are reports from Bollywood circles that Disha and Tiger have ended their six-year relationship. The two had a bit of a fight since last year, due to which they took this decision. Hearing the news of this rift between Tiger and Disha, his fans are heartbroken, they can’t believe the news of their breakup. The news of this earthquake in the love life of the two has covered the internet. However, so far no statement has come from the two actors. However, Tiger’s father and actor Jackie Shroff gave his own reaction to the news of the breakup.

Ranveer Singh has been in controversy due to his daring photo shoot. The actor did a nude photoshoot for a magazine, after which he was heavily criticized on social media. Not only that, because of this photo shoot, Ranveer is also in legal trouble. An FIR has been lodged against the actor. However, some people have supported Ranveer in this whole controversy and now Delhi Commission for Women (DCW) chief Swati Maliwal has given her reaction to the controversy.