Vineeta Singh, who helped start the company Sugar, talks about Shark Tank India. She talks about the show's impact and how her family has reacted to it. 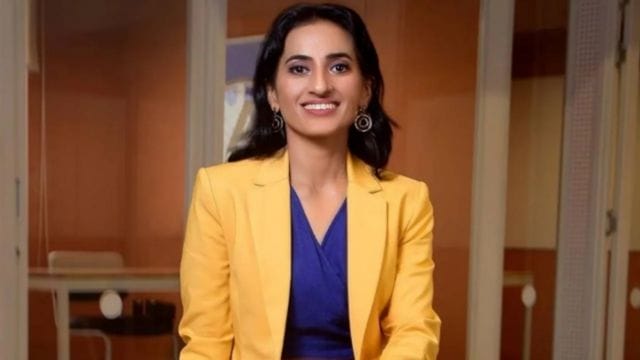 The new season of Shark Tank India started earlier this month, and it’s a whole new animal. Before last year, “sharks” were not a well-known part of pop culture. Now, they are stars in their own right. As the stories of many Indian businesses got more attention, so did the “sharks.” They now have a huge fan base.

Vineeta Singh, who is back for the second season and is a co-founder of Sugar cosmetics, says she decided to be in season 2 as soon as the first one ended. “Not only entrepreneurs but also sharks have a lot to learn. Vineeta said, “There was no way I wouldn’t have come back.

She said that the new season would be “bigger, grander, more dramatic, more emotional, and funnier.” She also said that it would have everything it needs to be a huge hit. Vineeta also said that shooting season 2 was more fun for her, and she hopes that people will enjoy watching it.

The businesswoman said, “I had no idea that we would get so much love and respect for the show and the sharks. It got to my office building, where it was heard by security, staff, and even the help. Shark Tank India found an audience in everyone, from people over 80 to children. I’m really glad that people now talk about entrepreneurship in everyday life. India is finally seeing how important businesses really are.”

Vineeta Singh said that it would be hard to choose just one big fan moment, but she did say that it began very early on. She told a heartwarming story: “I was in a park with my kids when an eight-year-old saw me from her apartment building. She came down, told me how much she liked the show and told me that when she grows up, she wants to be an entrepreneur. That’s when I realized how much the show means to people. It was a lot bigger than the money we had invested and the businesses we had bought. And in the long run, that is what will really matter.”

Even though she likes attention, the famous businesswoman said that her kids ask her how she got so famous. “They ask why people want to take a picture with you,” she laughed about her four- and eight-year-old sons. “I make sure I’m there when they watch the show. For me, it’s a pretty exciting thing to do. Also, they are learning so much at such a young age. They already know most of the basics about Sugar and have a good idea of how sales and profits work. They also know the other sharks, which makes them feel so good.

Vineeta Singh talked more about Kaushik Mukherjee, who is “her personal and professional partner.” Sharing that working together was hard at first, they’ve found a way to make it work. “Even though we were married, we didn’t really work together. We have a lot of respect for what each person brings to the table. We also have a lot of skills that go well together, which makes us a great team. At first, there were a lot of disagreements, but the trust between them stayed strong.

We had trouble drawing the line because conversations in the bedroom were about “how much money is in the bank?” Over time, we came to realize that we didn’t have to feel bad about it. We talked about the parent-teacher meeting for our kids at work, so everything is fine. “I don’t think business is about finding balance; I think it’s about finding harmony,” she said.

The businesswoman said that her husband has always been “frank and very direct” when it comes to what he thinks about her experience on Shark Tank India. She told him, “He always tells me what he liked and what I could have done better.

Also, I have to give him credit for this because he was the one who really made me do the show. No one knew what would happen, and I wasn’t sure either, but he told me to go ahead and bet big. “I’m so glad he had the courage,” Vineeta said in the end.