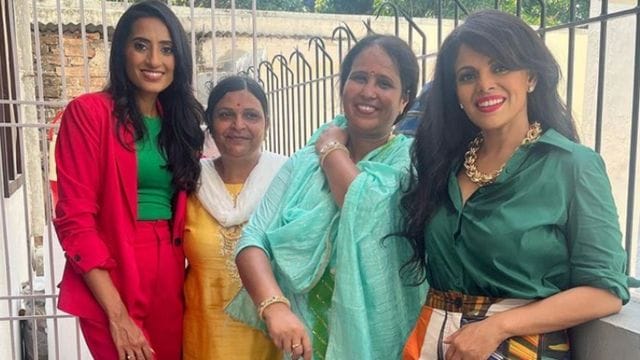 In Season 1 of Shark Tank India, Kalpana and Uma Jha, who are sisters-in-law, pitched an exciting business idea that was run by women, had only been open for six months and was started at home. The women were making pickles and chutneys from their home state of Bihar, which is in the Mithilanchal region.

The “Sharks” liked the JhaJi store, which is what they called it, but not enough to give them money. Kalpana, a 52-year-old housewife, and Uma, a teacher, went back to their homes in Darbhanga because they were upset. But when they got home and saw that business was good, they didn’t feel bad.

“After the episode aired, we got a tonne of feedback, and what we usually sell in three months sold out in one day,” Kalpana told HerStory. After a year, “JhaJi store” has grown 400% and now makes Rs 25 lakh each month. Then “Sharks” Namita Thapar and Vineeta Singh decided to make up for what they had done wrong.

In July 2022, Shark Tank India wanted to go to the factory to make some videos about how things were going. Thapar and Singh went with the team and surprised the women entrepreneurs not only with a visit but also with a check for Rs 85 lakh, which was an investment from them and an investment management company called Jharkhand Angels.


Vineeta Singh, the CEO of Sugar Cosmetics, told HerStory that her mother was very mad at her for not putting money into the company. The Executive Director of Emcure Pharmaceuticals, Namita Thapar, also said that she wishes she had invested sooner. Thapar said, “The great thing about having regrets is that you can fix them.” The Shark Tank India judges also showed pictures of themselves working alongside other women in a factory to make pickles.

About 50 people work for JhaJi, and most of them are women. The women want to grow their business by moving it to a bigger building in the village.