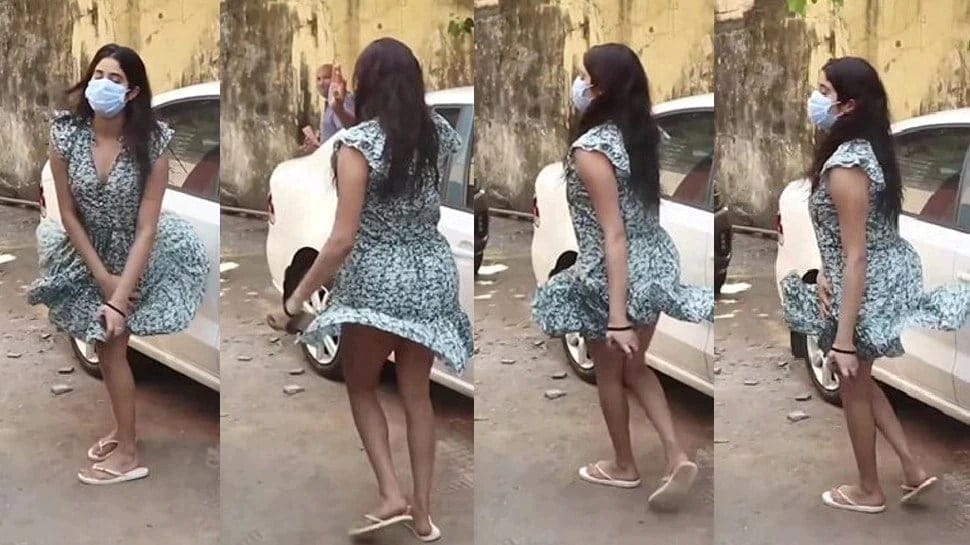 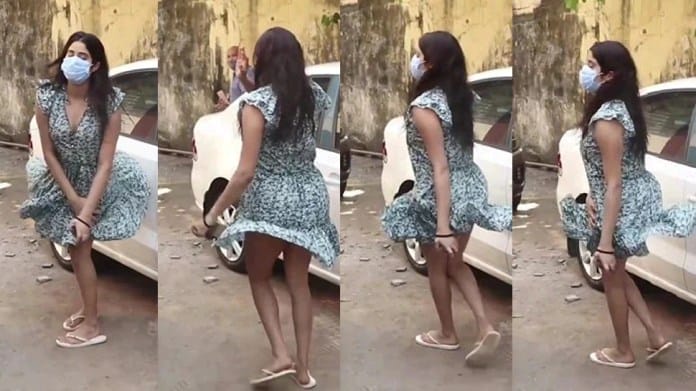 Bollywood actress Janhvi Kapoor‘s movie titled ‘Good Luck Jerry’ is about to release. Janhvi is seen in a different role in this film. Janhvi also worked hard to promote this film. But he also took care of his dressing style. Janhvi Kapoor is considered as the boldest actress in Bollywood.

This actress is seen in short dresses every day. The actress carries her short clothes with great freedom. But because of this, sometimes he is a victim of ugh moments. Once she wore such a short dress that it flew in the wind, but at the last event, the actress saved her embarrassment.

Everyone is crazy about Janhvi Kapoor’s style and hotness. His fans are constantly waiting for his pictures and videos. Now a video of the actress has surfaced, which is fast going viral. In the video featuring Janhvi Kapoor, she is seen getting out of the car and walking towards the building.

Meanwhile, she was spotted by the paparazzi. The actress hurried away when her dress flew away in a gust of wind. In such a situation, the actress quickly managed herself.