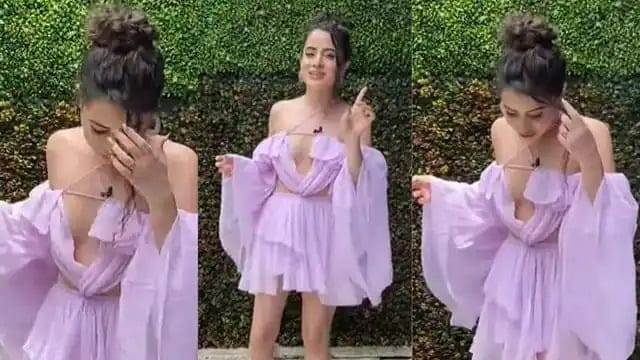 The Bigg Boss OTT fame actress urfi Javed is in news everyday on social media due to her statements and outfits. Now a new video of Urfi Javed has surfaced where she can be seen in a beautiful purple colored backless dress.

Urfi’s balance was disturbed during the photo shoot, the troll said – how much more will you read?

This video of Urfi Javed is being shared a lot, the video shows how Urfi survived a fall on his feet during a photo shoot.

Urfi Javed is being heavily trolled in the comment section.

One user wrote in the comments section, ‘How much more will read?’ Another user wrote, ‘Otherwise it will fall already?’ One wrote, ‘Why is this girl so famous? I don’t think he’s been in any movies or done anything special.

Many such comments have been made in this video of Urfi Javed. Let it be known that Urfi Javed was a part of the reality TV show Bigg Boss OTT. The show has only aired one season so far. The makers have decided to bring the show this year. Urfi Javed was the first contestant to be eliminated from Bigg Boss OTT.

Also read: Urfi Javed shocked everyone by sharing a daring topless video sitting topless in front of the mirror