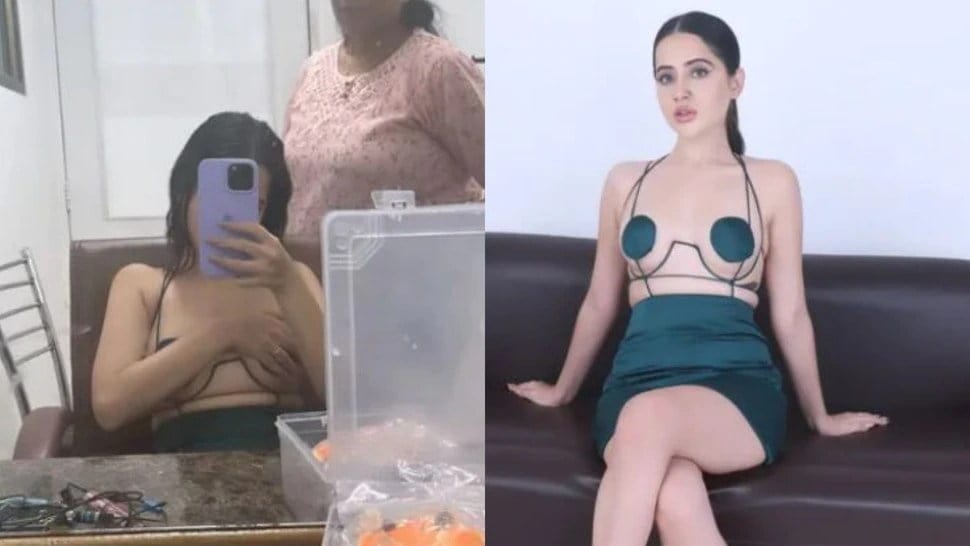 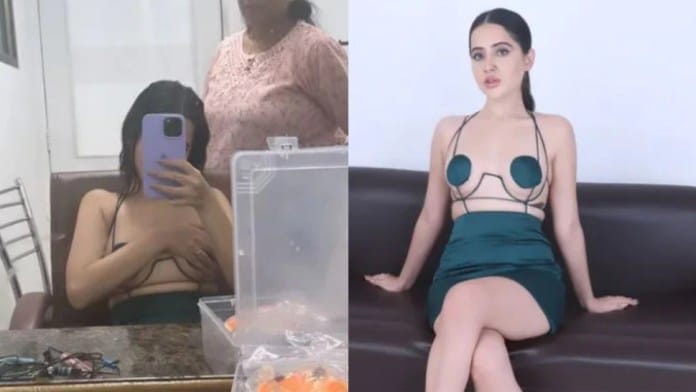 Fashion sensation urfi Javed’s latest look has created buzz on social media. The actress surprised everyone by sharing her daring topless video on the day of Raksha Bandhan. Not only that, this time Urfi also showed a BTS scene of this look.

Urfi shared a picture of himself on his Instagram story. In this picture, the actress is seen sitting in front of a mirror doing makeup and covering her curves with her hands.

Talking about this look

the actress wore only a green colored skirt. What is special is that the actress has closed this skirt with a string on her body. Not only that, Urfi Javed is wearing this topless skirt.

Urfi Javed is seen topless in this video.

However, to cover the body from above, the actress has sewn clothes in several places in the front. Not only that, the body is tied with many ropes. To complete her look, Urfi tied her hair and wore high heels.

Urfi’s every pose became a topic of discussion on social media. Most of these posts are about news of Urfi’s strange photo shoot. In fact, Urfi is in the limelight more for his unusual outfits than for his work. Sometimes clothes are made with jute sacks, sometimes with glass and sometimes only with pictures.

If you feel heaviness in your stomach after overeating, this home remedy will provide relief