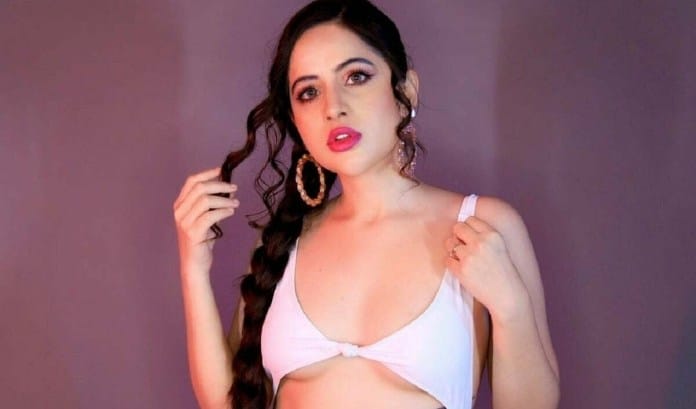 Urfi Javed has not posted any pictures or videos of himself but told about the incident that happened with him. Urfi wrote a long post about a man who had been harassing him for a long time. He used to blackmail them by tampering with their pictures. Urfi claims the man asked her for video se#x.

They also registered an FIR with the police station but no action was taken even after two weeks. Urfi said that the person works in Punjab Industries. Along with this, Urfi also posted a screenshot of the chat and a picture of the person.

‘So this guy has been bothering me for a long time. 2 years ago someone tampered my photos and started sharing them. I filed a police complaint about this 2 years ago and I had a very bad time. I posted one 2 years ago that is still on my profile.

‘It is not, I am not disappointed, I filed an FIR at Goregaon police station for the first time. Even after 14 days no action has been taken yet. I am very disappointed.

Also read: Urfi Javed shocked everyone by sharing a daring topless video sitting topless in front of the mirror

I have heard good things about Mumbai police but their attitude towards this guy is strange. Despite telling how many women he had done this to, no action was taken.

Either way, this man is a threat to society, to women. He should not be allowed to live freely.’ Urfi also said, ‘I don’t know what action the police will take now but I want to tell everyone about this person that he is still working freely in the Punjab industry.’

Rakhi Sawant short dress made her a victim of ugh moments

After watching this video, the angry people on Bobby Deol’s wife said – why is it flying in the air?