Unseasonal rain and hailstorm have caused heavy damage to crops in Bihar.

The weather has changed in Bihar. Two types of weather conditions are prevailing in the state. Due to the continuous flow of east and west, rain water conditions may arise in different parts of the state. Humid easterly winds are blowing over North Bihar, bringing rain from East and West Champaran to Kishanganj and Araria, while westerly winds are blowing over South Bihar. heavy damage to standing crops
The weather suddenly changed in Kishanganj on Sunday. There was hailstorm accompanied by heavy rains in Pothia and Thakurganj blocks, causing heavy damage to maize, wheat and pineapple crops in the fields. Due to the havoc of nature, the farmers were preparing for harvesting. Officials will review the damage caused by the storm.

Ravi ruined the crop
The effect of the weather was also seen in Bagaha. Heavy rain and hailstorm destroyed the standing wheat crop in Valmiki Nagar here. In the areas of Valmiki Nagar, Semra, Chautarwa and Bhaironganj areas of Bagaha, wheat crop as well as Suraj crop has suffered heavy damage. The unseasonal rains may have brought relief to the people, but they have broken the back of the farmers. 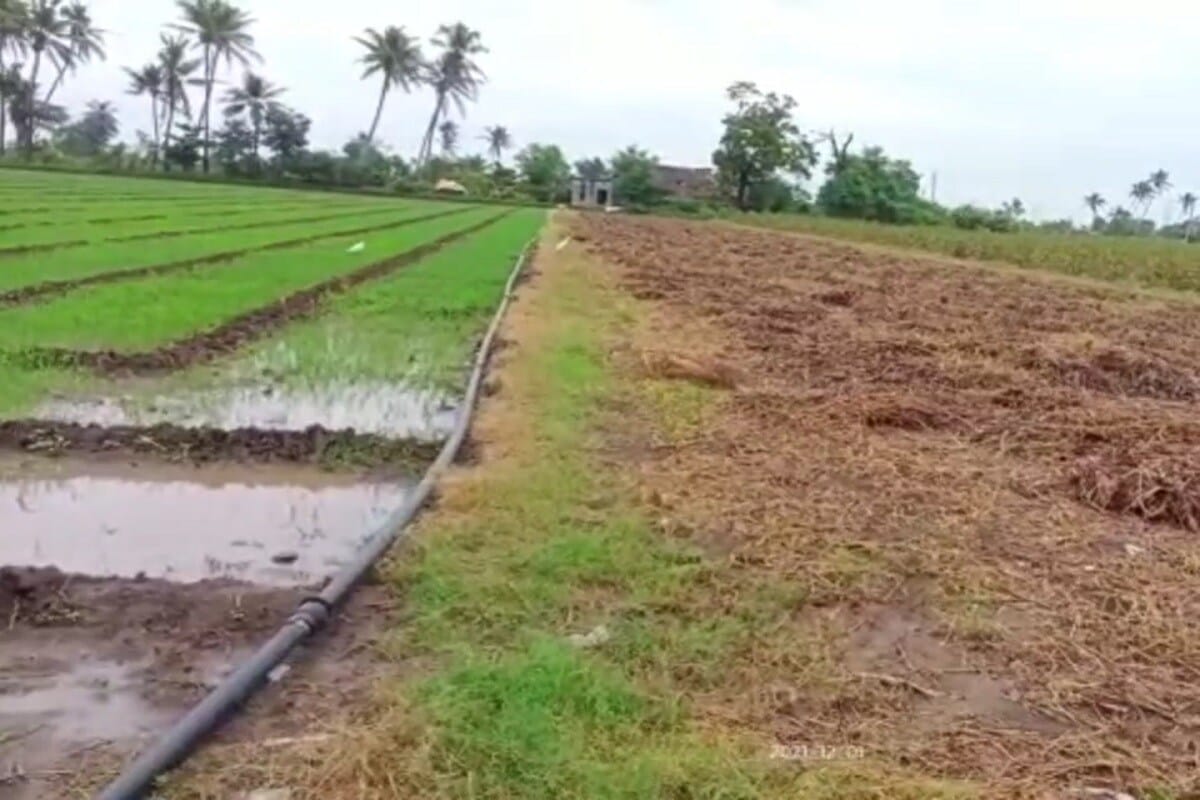 heavy rain in border areas
The weather suddenly changed in Bettiah late on Sunday night and it rained with strong winds for about half an hour. There was a sharp drop in the temperature due to rain, till the afternoon the heat had made people miserable, but due to rain and strong winds, the weather had turned cold. Hail has also fallen in Narkatiaganj and Indo-Nepal border areas, causing damage to mango and litchi crops.

Heat wave conditions prevail in some districts today
The scorching heat continues to wreak havoc in many parts of Bihar. Cloud cells are forming at different places in the atmosphere, due to which the activity of Kaal Vaisakhi can be seen at some places. In the next one week, there is a possibility of dust storm and water at some places in the state. The temperature will be very high in the beginning of the day while the weather will change in the afternoon. Heat wave conditions prevail over Buxar, Gaya, Aurangabad, Rohtas, Nawada, Banka and some adjoining districts. There is a possibility of heat wave in some districts of South Bihar even today. At present, there is no hope of getting rid of heat wave in many parts of South Bihar.