Prime Minister Narendra Modi will start a series of projects worth more than Rs 38,000 crore in Mumbai on Thursday. He will also lay the foundation stones for these projects. He will also open the Rs 12,600 crore Mumbai Metro Rail Lines 2A and 7. 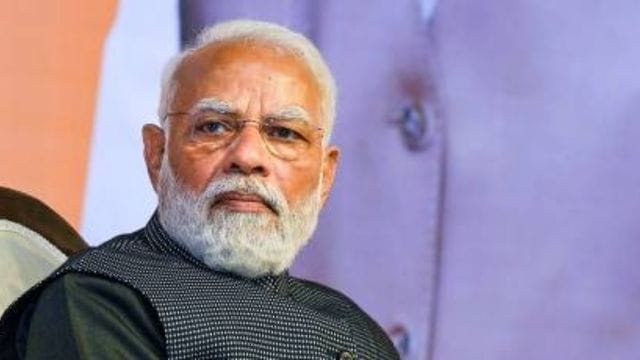 On Thursday, Prime Minister Narendra Modi will be in the states of Maharashtra and Karnataka. He will open and lay the foundation stone for projects worth Rs 38,000 crore that will help with development. Multiple projects are being done in Mumbai, India’s financial capital, to improve infrastructure, make urban travel easier, and improve health care.

“I’m looking forward to visiting Karnataka and Maharashtra on January 19th. Several building projects will be started or have their cornerstones laid. These works are in many different fields and will help development, “a government report said.

I look forward to visiting Karnataka and Maharashtra tomorrow, 19th January. Various development works will be inaugurated or their foundation stones would be laid. These works cover diverse sectors and will boost development. https://t.co/qsspyAHXqi

PM Modi will open lines 2A and 7 of the Mumbai Metro from the Gundavali Metro station in Andheri. He will also take a ride on the metro from the station. The value of the two lines is about Rs 12,600 crore.

The yellow line of the metro line 2A, which runs from Dahisar E to DN Nagar in Andheri West, is about 18.6 Km long. It runs from Andheri E to Dahisar E (on the red line) and is about 16.5 km long.

Besides this, he will also release the MUMBAI 1 Mobile App and the National Common Mobility Card NCMC (Mumbai 1), which will make it easier to travel. The UPI digital payment system can be used to buy tickets through the mobile app, which can be shown at the Metro station gates.

“Seven sewage treatment plants that will cost about Rs 17,200 crores to build will have their foundations laid by the Prime Minister. Malad, Bhandup, Versova, Ghatkopar, Bandra, Dharavi, and Worli will all get sewage treatment plants. Together, they will be able to handle about 2,460 MLD, “a government report said.

The prime minister will also lay the foundation stone for the redevelopment of three hospitals: a 360-bed multi-specialty municipal hospital in Bhandup, a 306-bed hospital in Goregaon (West), and a 152-bed maternity home in Oshiwara. The news release also said that this will help tens of thousands of people in the city and give them access to the best medical care.

The PM will also start a road-concreting project for around 400 km of roads in the megapolis that will cost Rs 6,100 crore. The release said that these concrete roads will make travel faster and safer. They will also have better drainage and utility ducts, which will keep people from having to dig up the roads all the time.

The first stone will be laid for the redevelopment of the Chhatrapati Shivaji Maharaj Terminus in south Mumbai, which is also a very important project.

The release said that the goal of this project is to make the southern heritage node of the terminus less crowded, add more facilities, improve multi-modal integration, and save and restore the world-famous iconic structure to its former glory. It will cost more than Rs 1,800 crore to fix up.

The BJP wants to take over the cash-rich Mumbai civic body and get rid of the rival Shiv Sena (Uddhav Balasaheb Thackeray) faction in the yet-to-be-scheduled civic elections.

Before PM Modi’s visit to the city today, the Mumbai Traffic Police put out a warning about traffic. “Heavy vehicles will not be allowed on any roads in the Western Suburb between 12 pm and 9 pm, including the Western Express Highway,” police said.

On Thursday, you won’t be able to fly in the Bandra Kurla Complex and nearby areas of Mumbai where there are police stations.

The Mumbai Police said in an order on Wednesday that flying activities like using drones, paragliders, and remote-controlled micro-light aircraft will not be allowed from noon to midnight on Thursday in the areas of BKC, Andheri, Meghwadi, and Jogeshwari.