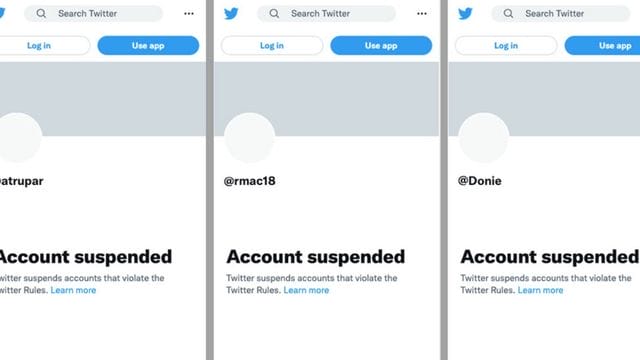 Twitter suspended the accounts of journalists covering the social media network and its new owner, Elon Musk, on Thursday, including reporters from The New York Times, Washington Post, CNN, Voice of America, and other publications.

The corporation has not explained to the journalists why it deactivated the accounts and deleted their profiles and previous tweets. On Thursday night, Musk took to Twitter to accuse journalists of publishing private information about his movements, which he described as “essentially assassination coordinates.” He gave no evidence to back up his assertion.

The abrupt suspension of press reporters followed Musk’s move on Wednesday to permanently ban an account that tracked his private jet’s flights using publicly available data. This prompted Twitter to amend its policies for all users, making it illegal to share another person’s present location without their permission.

Several of the reporters dismissed Thursday night had been writing about the new policy and Musk’s reasoning for instituting it, which included his assertions about a stalking episode in Los Angeles on Tuesday night that he said damaged his family.

Musk explained the suspensions as a result of the platform’s new rules prohibiting private jet trackers, in response to a tweet from Mike Solana, vice president of venture capital company Founders Fund, who pointed out that the blocked accounts had posted links to jet trackers on other websites.

Despite the suspension of his Twitter account, Jack Sweeney, a 20-year-old Florida college student who created the account that monitored Musk’s plane, was able to participate in the debate.

Musk later joined the meeting, briefly delivering his talking points before abruptly exiting. He had previously posted a poll with several options asking whether or not he should reinstate the journalists’ accounts. When a majority of respondents wanted to instantly restore the accounts, he canceled the poll and created a new one with fewer alternatives.

Who Won Lego Masters Season 3? How Much Cash Prize Did They Receive?