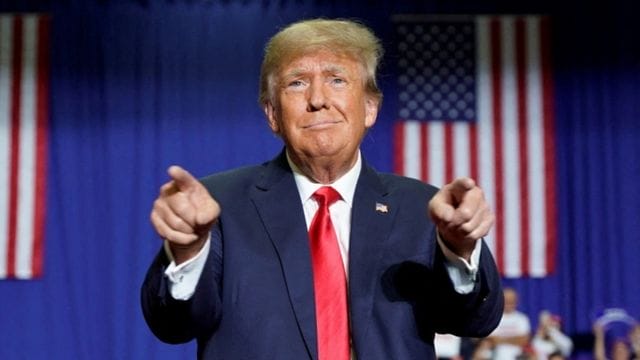 According to President Biden’s White House, former President Donald Trump deserves to be “universally denounced” for saying last week that parts of the United States Constitution should be repealed.

Trump made the statement in response to the Friday revelation of the “Twitter Files,” a cache of documents documenting Twitter’s censorship communications. Trump claimed the papers demonstrated “fraud and trickery” in the 2020 election and that parts of the Constitution should be repealed to handle it.

“So, with the revelation of MASSIVE & WIDESPREAD FRAUD & DECEPTION in close collaboration with Big Tech Companies, the DNC, & the Democrat Party, do you throw out the Presidential Election Results of 2020 and declare the RIGHTFUL WINNER, or do you have a NEW ELECTION?” Trump made a social media post.

“A Massive Fraud of this magnitude allows for the abolition of all rules, regulations, and articles, including those found in the Constitution,” he went on to say. “Our great ‘Founder’ did not want, and would not tolerate sham elections!”

For years, Trump has failed to present evidence to back up his assertions of election fraud in 2020. The White House reacted quickly to Trump’s statement, citing the Constitution’s long history as a bedrock of American politics.

“The American Constitution is a sacred text that has secured freedom and the rule of law in our wonderful country for over 200 years. The Constitution unites the American people regardless of a political party, and elected officials swear to protect it “In a statement, White House deputy press secretary Andrew Bates stated.

“It is the ultimate memorial to all Americans who gave their lives to fight self-serving despots who misused their power and stomped on fundamental liberties. Attacking the Constitution and everything it stands for is abhorrent to our nation’s soul and should be universally rejected. You can’t love America simply when you win.”

Trump’s criticism of the Constitution is just the latest move that has landed him in hot water with Democrats as well as members of his own party. Last week, the former president was chastised for dining with white supremacist Nick Fuentes and Ye, the rapper formerly known as Kanye West.

Former Vice President Mike Pence demanded that Trump apologizes for the meal, but he clarified that he does not believe Trump is anti-Semitic.