To What Extent Do Indians Prefer Mobile Phones From Companies Other Than China? 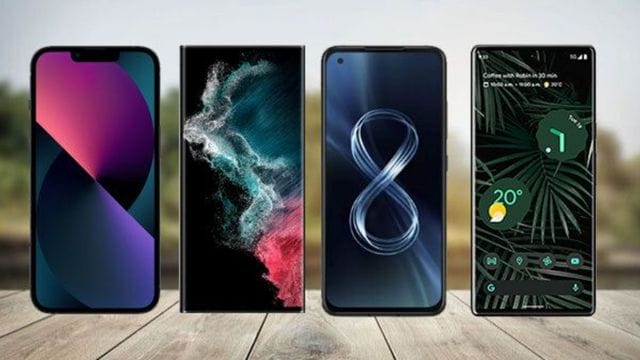 China has been the leader in the mobile phone business for a long time, thanks to its cheap smartphones with lots of new features. But the fight between India and China has had a big effect on trade! Most people now prefer to buy smartphones from companies that aren’t Chinese. India is home to many smartphone brands that are not made by Chinese companies.

The South Korean multinational company Samsung is based in Seoul, in a neighborhood called Samsung Town, from which it got its name. In 2007, the company came out with several Smartphones that gave Apple a lot of trouble. In 2010, this mobile company that wasn’t Chinese came out with the Galaxy S series, which helped the company.

In 2012, the brand became the largest mobile phone maker in the world based on the number of smartphones it made each year. Today, Samsung makes the best devices that run on Android. It was also the first company in the country to sell cheap smartphone phones.

Apple is an American company that does business all over the world. In later years, Apple made 16GB, 32GB, and 64GB versions of the iPhone 3GS and iPhone 4. Even though iPhones are expensive for what they offer, there is no Chinese phone brand that can compete with them. Because of this, Apple is one of the most well-known mobile companies in India that is not Chinese.

The iPhone 12 Pro/Pro Max is the most recent phone model from Apple. Apple has just started putting the iPhone 12 together in India. Foxconn would make the parts for this model in Taiwan, and they would be put together in Tamil Nadu. The iPhone 11, the iPhone XR, and the iPhone XS Max are some of their most well-known models.

Nokia is a well-known mobile company that is not Chinese. Its main office is in Finland. The Mobira Cityman 900 was Nokia’s first portable cell phone. It came out in 1987. The first GSM network was made by this company. In 1998, Nokia shook up the mobile phone business by putting out 100 million phones for its customers.

In the 1990s, Nokia’s range of phones for young people was a big reason why it was one of the most trusted non-Chinese phone brands. At the end of 1996, the brand made a camera phone that was new and different. In the years that followed, Nokia made models like the Nokia N95 that were huge hits. Nokia phones are also known for being tough.

When we talk about Indian phone brands, we can’t leave out Micromax. The company was started in 2000, and its smartphones, home appliances, and other consumer electronics are what most people know it for. It has become one of the biggest mobile companies in the world because of the features it puts into its phones.

So far, Micromax has made a lot of phones that are affordable and have new features. It was also the first company to release the X1i, which was the first smartphone with a battery that lasted a long time. Micromax gave many Chinese companies tough competition in the late 2000s. In 2014, it became the best mobile phone brand that wasn’t made by a Chinese company in India.

Asus is also one of India’s most trusted smartphone brands that aren’t made in China. It is a Taiwanese multinational company that is known for making hardware for computers, phones, and electronics. In the 2000s, the company worked with Intel to make smartphones that ran on Android, such as the ZenFone series.

Google is the next brand on our list of non-Chinese mobile brands in India. Google, which is based in the United States, has made a line of phones called Google Pixel Mobiles that have all the best features. In 2013, Google released its first smartphone.

Google Pixel phones have all the Google apps and the best cameras, so you can take photos on the go that look like they were taken in a studio. Google Assistant, one of its advanced features, lets you send voice messages and control your apps. The brand is at the top of the list of non-Chinese smartphone brands in India and is giving all Chinese mobile brands a tough time.

Ved OTT Release Date: Where You Can Watch Genelia and Riteish Movie?