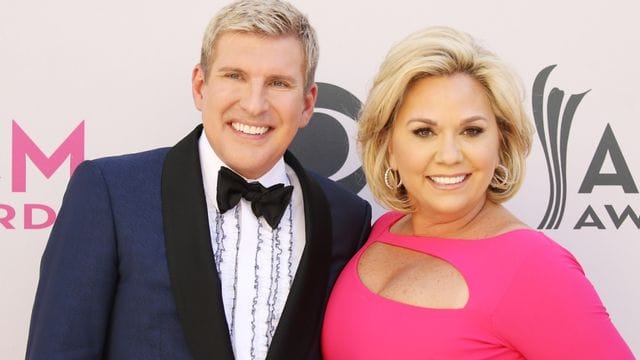 A federal judge sentenced reality TV stars, Julie and Todd Chrisley, to time behind bars on Monday. The Chrisleys are well-known for their appearances on various reality TV shows.

In June, a court found the “Chrisley Knows Best” pair guilty of conspiring to get more than $30 million in bogus loans from various financial institutions. They were also found guilty of several tax offenses, such as trying to defraud the Internal Revenue Service, which led to their convictions.

Peter Tarantino, the company’s accountant, was given a sentence of three years in prison and three years of supervised release, according to statements made by Ryan Buchanan, the United States Attorney for the Northern District of Georgia, during a press conference held following the sentencing hearing.

The Chrisleys were able to get the loans, according to the Department of Justice, because they lied on their bank statements, audit reports, and financial statements. A DOJ press release said that the money was spent on luxury cars, designer clothes, real estate, and trips.

Then, while they were making millions of dollars from their former reality show, the Chrisleys and their accountant worked together to trick the IRS and avoid paying back taxes.

The first episode of “Chrisley Knows Best” aired on the USA Network in 2014. Sometime next year, new episodes that were filmed before the trial will air.

In a statement sent to CNN late Tuesday night, the family’s lawyer, Alex Little of Burr & Forman LLP, said, “Yesterday was a hard day for the Chrisley family. But Todd and Julie are religious people, and their faith gives them strength as they try to get their convictions overturned.

The statement also said that “serious and repeated mistakes” happened during the trial and that “we are optimistic about the road ahead.”