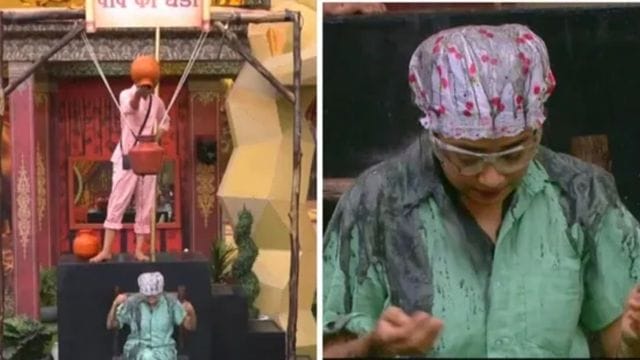 Sumbul Touqeer threw dirty water on Tina Datta after she committed the most’sins’ in the Bigg Boss house. She yelled at Tina for always bringing up her family as a topic of conversation in their conversations.

In the most recent episode of Bigg Boss, the housemates were given a new task. The inmates were supposed to throw dirty water on the Bigg Boss house contestants who had committed the most sins. Sumbul Touqeer chose Tina Datta to bring up her family as a topic of conversation at home.

Priyanka Choudhary threw blackish water on Archana Gautam for constantly interfering in other people’s work and causing a commotion while she was supposed to be doing her own. Shiv Thakare chose Shalin Bhanot for slandering him in front of the other contestants.

Bigg Boss is currently in its 16th season and airs Monday through Friday at 10 p.m. ColorsTV airs the show on Saturday and Sunday at 9 p.m. Salman Khan, who joined the reality show in its fourth season, hosts the show. He’s been the host for the past eight years. Popular contestants on the reality show include actors Shiv, Sumbul, Tina, Shalin, and singer Abdu Rozik, among others.