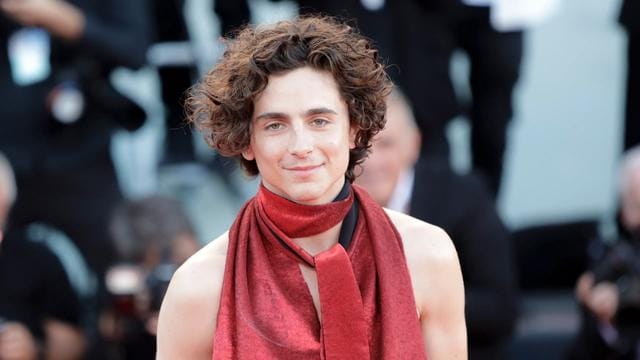 Timothée Chalamet now has a permanent address in Los Angeles! The Call Me By Your Name star recently purchased a home in Beverly Hills. The house was previously owned by supermodel Kate Upton and her baseball player husband Justin Verlander.

Yes, you read that correctly. The Bones and All actor recently paid $11 million for a Beverly Hills home. The previous owners were Kate Upton and her husband Justin Verlander.

The house was purchased for $5.3 million by Houston Astros pitcher Justin Verlander and his model wife Kate Upton nearly six years ago. We must say that by selling the house to Timothée Chalamet, these two made a tidy profit.

According to Dirt.com, the power couple renovated the kitchen of their Beverly Hills home, but the rest of the house appears to be unchanged. Many famous people have previously purchased the house, including musician Kenny G, tennis player Pete Sampras, and movie producer Jon Peters.

Timothée Chalamet’s new Beverly Hills home is 5,521 square feet in size and has four bedrooms and five bathrooms. It also has a large dining area that can accommodate a large number of guests.

The residence also has a large living room. There is also a lovely grey stone fireplace and a beamed ceiling in the house. It also includes a theatre room, a plunge pool, a raised spa, and a full-size tennis court.

The house’s kitchen is on the ground floor and has a large breakfast nook attached to its main area. According to the Daily Mail, a large marble island has been placed in the centre of the pool. The kitchen features cutting-edge appliances as well as a stylish grey tile backsplash.

The lavish property’s main suite has a fantastic seating area and large dual closets with built-ins. The bathroom of the suite also includes a steam shower and soaking tub.

Who Are Timothée Chalamet’s Famous Neighbours?

The A Rainy Day in New York star will have some famous neighbours now that he has purchased Kate Upton and her husband Justin Verlander’s Beverly Hills estate for a jaw-dropping 11 million.

Did you like Timothée Chalamet’s new home in Hollywood? Please share your thoughts in the comments section below. Don’t forget to check back with us for the most recent news from the entertainment industry.