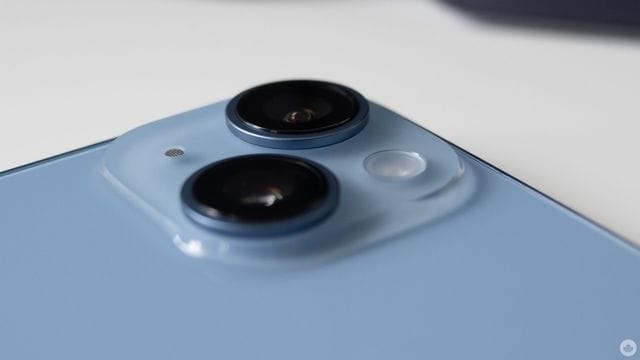 Sony gives Apple sensor technology, which isn’t a big secret. However, Apple doesn’t like to talk about the specific hardware parts that go into the iPhone.  Apple lists the camera’s megapixels, focal length, aperture, and other specs, but it doesn’t say anything about the camera’s hardware.

Cook is currently on a tour of Japan. While he was there, he stopped by Sony’s secret sensor factory in Kumamoto and looked at two iPhone 14 models. “We’ve been partnering with Sony for over a decade to create the world’s leading camera sensors for iPhone. “Thanks to Ken and everyone on the team for showing me around the cutting-edge facility in Kumamoto today,” he writes.

Last year, Sony had a 44% market share for CMOS image sensors, making it the world leader in this market. Its Kumamoto plant is so secretive that journalists who are allowed to go there aren’t even allowed to take pictures of common areas like hallways, in case they catch a glimpse of something sensitive.

We’ve been partnering with Sony for over a decade to create the world’s leading camera sensors for iPhone. Thanks to Ken and everyone on the team for showing me around the cutting-edge facility in Kumamoto today. pic.twitter.com/462SEkUbhi

Partnership Between Apple And Sony

Cook’s visit to the plant and subsequent tweet shows that Apple and Sony are likely to keep working together in the future.  PetaPixel reported last month that Sony is going to give Apple a “state-of-the-art” image sensor for its next iPhone. This sensor is said to double the amount of light it can capture and make it possible to take a clear picture of a face even when there is a bright light behind it.

Nikkei Asia says that Sony’s new image sensor doubles the saturation signal level in each pixel. This lets it take in more light and reduces overexposure or underexposure in some settings. So, the sensor can not only work better in low light but can also better measure exposures that are very different, like a face that is heavily backlit by the sun.

Sony will sell the new image sensor to Apple and “other smartphone makers.” The company is making the sensor in response to pressure from Samsung Electronics, which also makes sensors for smartphones.