This is called true patriotism, a young man from Bhavnagar wrote a letter with his blood to join the army without paying a single penny. 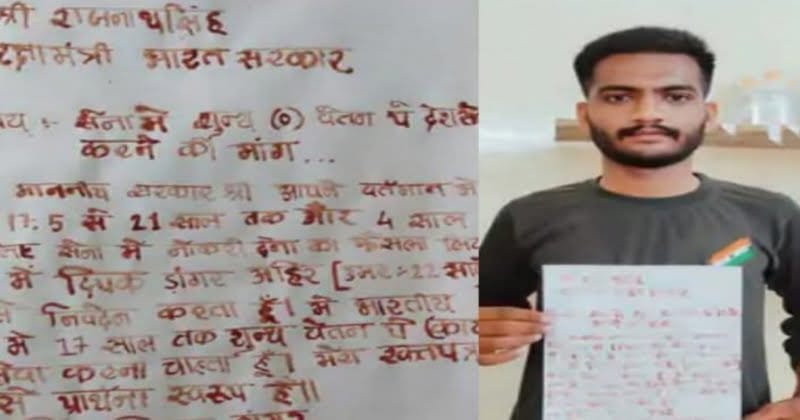 A new Agneepath scheme has now been announced in the Indian Army by the Central Government, which is now facing a lot of opposition all over the country and some people are causing damage to government property. At that time, a 23-year-old man from Timana village in Bhavnagar district had written a letter in his blood to the Union Defense Minister expressing his desire to join the army with zero pay. He has also appealed for peace in the country.

A young man from a small village told the media that he has a strong desire to serve the country since childhood. And he got this inspiration from his parents and told that in a small village about 20 youths are currently serving in the army. He was an NCC cadet when the youth was studying in the school. This young man has a strong desire to join the army to serve India so he informed the Defense Minister in a letter with his own blood. The man first went to the health center and filled a bottle full of blood, then expressed his desire to join the army without the salary of one rupee.

New model of BMW M2 will be launched in October, know the specifications of the car

Useful thing: If you also want to take a home loan, then understand the math of saving interest from interest savings account.