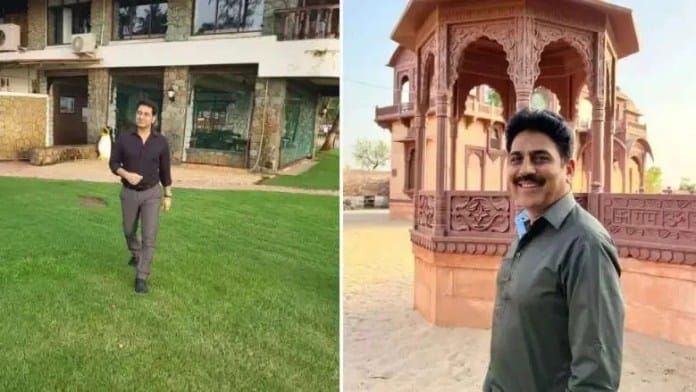 The Tarak Mehta Ka Ooltah Chashma show has been in the news for the past few days. The reason the show stays in the limelight is because of its star cast. Many actors have left the show in the past few years. A few days back, the news of Shailesh Lodha playing the role of the star in the show broke.

The makers were waiting for Shailesh’s comeback, but since Shailesh is yet to appear on the show, Shailesh’s replacement is awaited. The makers now want an actor other than Shailesh to play the role. Now the name of an actor is coming up for acting.

According to a report in E Times

the name of Jayaniraj Rajpurohit is being considered for the role of the star. According to the website, the makers of the show are thinking about its name. About Jayneeraj Rajpurohit we tell you that he has previously done shows like Balika Vadhu, Lagi Tumse Lagaan and Milli Jab Hum Tum. Not only this, he also worked in films like Oh My God, Outsourced and Salaam Venki.

Although there is no confirmation from the channel or the actor, let’s see how the audience reacts to Jayneeraj’s return to the show.

the reason Shailesh left the show was that he now wanted to work on new opportunities. Because of this show, he could not work on other projects, so he thought of quitting the show. We tell you that Shailesh is not the first actor to leave Asit Modi’s show Taarak Mehta Ka Oolta Chashma. Earlier, Disha Bhakani, Neha Mehta and Gurcharan Singh also left the show.

At the same time, there are also reports that Kajol Pisal is considering to play the new character Daya Ben in the show, which was previously played by Disha Bhakani. Disha became the mother of another child a few days ago and cannot return.