Namrata Shirodkar was asked at Miss Universe 1993 if she would like to live forever. Some online users were not impressed by Namrata's short answer. Many of them said they didn't like her answer, and others said it cost her the Miss Universe crown. 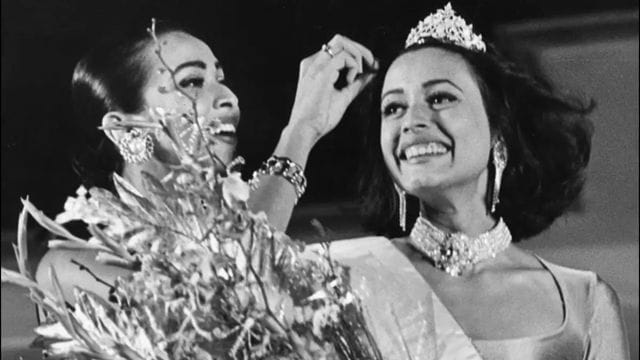 Namrata Shirodkar was the Miss Universe representative for India in 1993. On social media sites like Reddit and Instagram, an old video of the former model and actor who is married to Telugu actor Mahesh Babu is making the rounds. During the questions round at the beauty pageant, Namrata Shirodkar is seen in the clip wearing a gold dress and big earrings. People are talking about her answer, which they think cost her the title of Miss Universe.

Namrata was asked if she would like to “live forever.” She said she wouldn’t because she “thought no one could live forever.” She came in sixth place at Miss Universe 1993 because her answer did not impress the judges. As her old video is talked about on Reddit, it seems that people are also not impressed with Namrata’s answer. Some even say that she didn’t win the Miss Universe crown because of her “dumb” answer to the “hypothetical” question she was asked.

Also, someone wrote, “It’s more about how you act and think on your own when you’re under pressure. Many people are trained to do well at beauty pageants, but not everyone does. All of it comes down to who you are and how you think about things. Namrata Shirodkar has a history of showing how stupid she is, so I don’t think she could come up with a good answer in a minute either.”

Some people also told Namrata their own answer to her question about Miss Universe. One said, “That’s a stupid response. No, her age is not a good reason. There have been beautiful answers from women around her age. You probably should have said something like, “No, I wouldn’t want to live forever because too much of anything is bad. I think we all come here for a reason, and after that, it’s in our nature to make room for another living thing on earth,” or something like that.

My answer might not be up to pageant standards, so I’m home…” Another person said, “I would only want to live forever if the people I love could do the same. If not, I’m happy to leave this world when it’s my time. There, I gave her the right answer.”

Namrata was in a number of Bollywood movies like Kachche Dhaage, Vaastav: The Reality, Pukar, Dil Vil Pyar Vyar, and Bride and Prejudice before she quit. Namrata and Mahesh Babu got married in 2005. After that, Namrata gave up her job. Together, they have a daughter named Sitara Ghattamaneni and a son named Gautam Ghattamaneni.

Stay tuned to New Times Of India for more Entertainment News and Bookmark our website so that you can’t miss any updates.