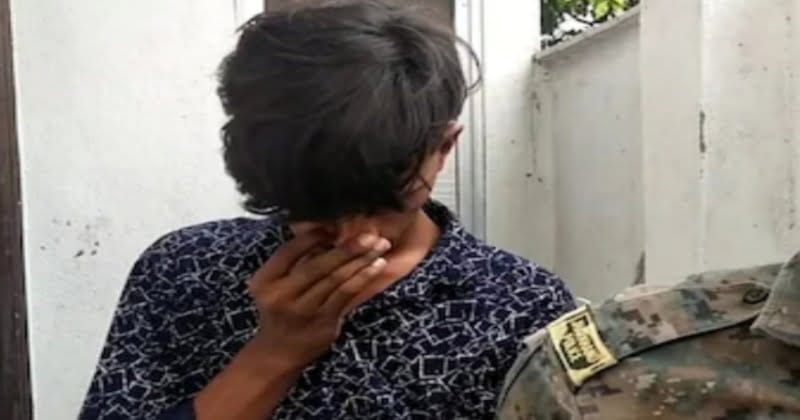 A case of love jihad has come to the fore in Lohardaga, Jharkhand. The youth of UP hid his identity and married a sageira of Khanti in the temple. He even gave the priest a wrong name for the marriage. During his stay in the house of the minor for 25 days, his pole was exposed.

It is learned that a woman from Khunti was taking a house on rent with her daughter. His 15-year-old daughter met a young man named Farhan Khan on social media. The youth was a resident of Faizabad Ayodhya in Uttar Pradesh and was an adult. The young man talked to Sageera, came to Jharkhand and went to meet the girl at her house. When the young man used to come, he used to come and go by plane. The young man hails from a simple family and works in a cloth shop in Uttar Pradesh to earn a living. Farhan Khan hid his identity and introduced himself to Sageera.

One day he came to the peg and got married in the temple in Sentha of Sengira, filled with vermilion. He gave his name to Vishal Kumar Pujari. After that he left for Uttar Pradesh. Sageera started living with her mother.

The youth also took a plane ticket and came to Sageera’s house from Ranchi on May 27. Where he told Sageera’s mother that his name is Heer Singh. He stayed with her for 25 days and started taking her to Uttar Pradesh.

This made him suspicious and when the local villagers questioned him, the truth came out. After this a complaint was lodged against him with the police. Sagira’s family members demanded that the youth should be dealt with strictly.