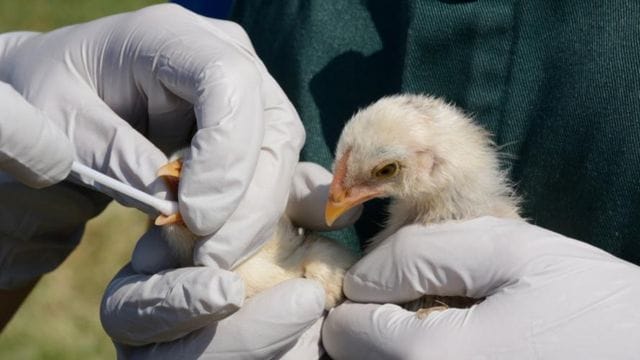 According to USDA figures released on Thursday, avian flu has killed 50.54 million birds in the United States this year, making it the country’s deadliest outbreak in history.

The deaths of chickens, turkeys, and other birds are the greatest animal health disaster in the United States to date, surpassing the previous record of 50.5 million birds killed in an avian-flu outbreak in 2015.

Infected birds frequently perish. After a bird tests positive for the disease, entire flocks of up to a million birds are culled to control the spread of the sickness.

The outbreak in the U.S. started in February and spread to flocks of poultry and other birds in 46 states, according to data from the USDA. The virus, called highly pathogenic avian influenza (HPAI), is spread by wild birds like ducks through their poop, and feathers, or by coming into direct contact with poultry.

“Wild birds continue to spread HPAI across the country as they migrate,” said Rosemary Sifford, the USDA’s chief veterinary officer. “To protect U.S. poultry, it is very important to keep domestic flocks from coming into contact with wild birds.”

In the hopes of generating fresh guidelines for the prevention of infections, government officials are doing research focusing specifically on diseases that occur on turkey farms. According to the USDA, more than seventy percent of the commercial poultry farms that were affected by the outbreak were turkey farms.

Despite the fact that the outbreak does not pose a significant threat to the general population, the Centers for Disease Control and Prevention in the United States recommend that people avoid coming into unprotected contact with ill or dead birds.