The Wedding of Athiya Shetty and Kl Rahul is Coming Up, and He Has Already Started Making Arrangements at His Mumbai House. Watch the Video!

Preparations for KL Rahul's wedding to his long-time girlfriend, actor Athiya Shetty, have already begun at his home in Mumbai. On January 23, they will get married. 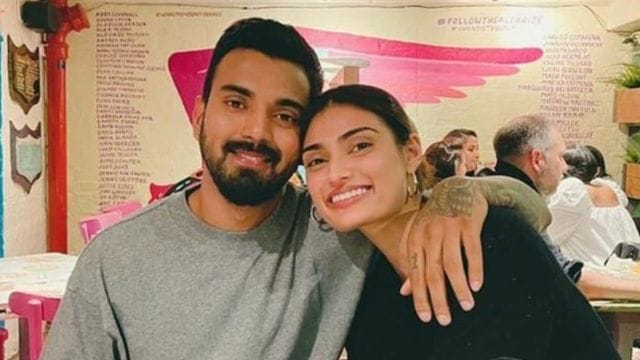 As Athiya Shetty and KL Rahul are about to get married, preparations have started at the Indian cricketer’s home in Mumbai. KL Rahul and Athiya were recently caught on camera at the Mumbai airport as they were coming back from Dubai, where they had spent New Year’s Eve together. On January 23, the two will get married.

During this, a paparazzi video showed that KL Rahul’s building was being decorated. White lights are being strung up all over the building, and a few staff members were seen checking on the progress. Fans are now talking about the video on social media.

The wedding of Athiya and KL Rahul will take place over three days at the farm of Athiya’s father, actor Suniel Shetty, in Khandala. On January 21, there will be a “ladies’ night” to start things off. A close source told us earlier, “This will include Atiya’s closest female friends, like actor Akanksha Ranjan.”

At the sangeet ceremony the next day, there will be more guests. On Athiya’s sangeet, her friends, her brother, the actor Ahan Shetty, and her parents, Suniel and Maya Shetty, are expected to sing. “It’s a very close-knit family business. The wedding will only be for close friends and family. Most likely, you won’t see many people from the business world,” said a person in the know.

Suniel was earlier quoted by Pinkvilla as saying, “It will happen soon” when talking about the wedding. People have thought Athiya and KL Rahul were dating for a long time before they confirmed it on Instagram.

They never talked about each other in public, but in 2021, when the cricketer went to the premiere of Athiya’s brother Ahan’s first movie, Tadap, they made their relationship official. At the event, they took a picture with Athiya’s family. Suniel has also been seen at KL Rahul’s cricket games, and the two of them are close. He has often said nice things about the cricketer.

Hero, a romantic action movie from 2015, was Athiya’s first role. She has only been in two movies since then: Mubarakan (2017) and Motichoor Chaknachoor (2019).

Stay tuned to New Times Of India for more Bollywood News and bookmark our website.

The Video of African Boys Dancing to “Calm Down” by Selena Gomez and Rema Has Gone Viral! Watch the Video!