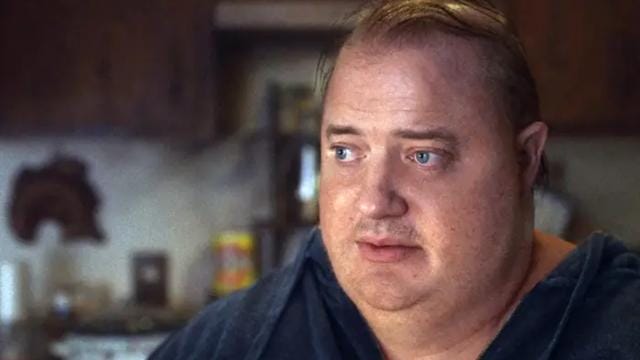 On December 9, the film will be released in theatres.

A24 took its time with this one, but the trailer for director Darren Aronofsky’s highly anticipated drama The Whale has finally been released, just one month before its release. The Whale, widely expected to serve as Brendan Fraser’s career comeback vehicle, has been making waves on the fall festival circuit since its premiere in Venice a few months ago.

Fraser plays Charlie, a morbidly obese English teacher who tries to reconnect with his teenage daughter while battling personal demons in The Whale. Charlie abandoned his family to pursue a life with his gay lover, who later died, and the two became estranged. Charlie turned to food to cope with his grief.

The one-minute trailer serves as a mood piece, with no dialogue, no hint of the plot, and none of the dramatic Oscar clip moments you’d expect to see in a film like this. Instead, we get quiet scenes of Charlie’s universe’s corridors, narrow rooms, and windows to the outside world. The teaser trailer ends with close-ups of Fraser’s face as Charlie asks, “Do you ever get the feeling people are incapable of not caring?” People are incredible.”

The trailer also includes excerpts from glowing reviews, all of which centre on Fraser’s acclaimed performance. He’s already a front-runner for the Academy Awards next year, and The Whale is expected to be for him what Aronofsky’s The Wrestler was for Micky Rourke.

Although it should be noted that Rourke did not win the Academy Award, the respect for his performance (and the reputation of the film) has only grown in the years since. Unlike Rourke, Fraser would like to capitalise on this film’s (supposed) success during the awards season.

Fraser is best known for his roles in The Mummy trilogy, George of the Jungle, and Encino Man, but his most recent high-profile roles have arguably come in the DC series Doom Patrol and Danny Boyle’s FX show Trust.

He also appeared in No Sudden Move, directed by Steven Soderbergh, and was cast as the antagonist in the now-cancelled superhero film Batgirl. He’ll next appear in Martin Scorsese’s Killers of the Flower Moon.

Aronofsky made his directorial debut with the psychological drama Pi and went on to direct modern classics such as Requiem for a Dream and Black Swan. With the Biblical epic Noah, he put his own stamp on big-budget Hollywood filmmaking, and he most recently directed the divisive horror film Mother!

The Whale, based on Samuel D. Hunter’s play, premiered in September at the Venice International Film Festival, where it received a six-minute standing ovation and moved Fraser to tears as he took it all in. In the same month, the film had its North American premiere at the Toronto International Film Festival. Sadie Sink, Hong Chau, Samantha Morton, and Ty Simpkins also appear.

The Whale will hit theatres on December 9th. You can watch the trailer here, and keep an eye on Collider for more information.